With many car models, I doubt whether I will include them in this section – there must be something for me to tell about it, of course. But there's one car of which it was immediately clear to me that I had to include it, even if I had nothing to say about it. If necessary, I would only post photos, although that would be somewhat problematic – but more on that later. Ladies and gentlemen, perhaps the most beautiful car ever: the Citroën C6. 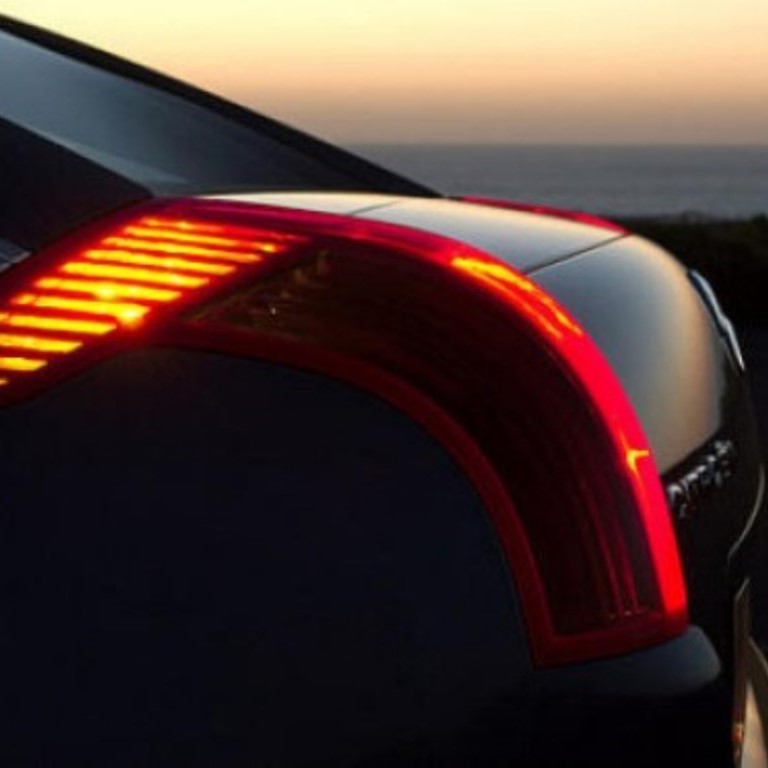 After a Renault and a Peugeot as 'My classics', this time it's the turn of a Citroën top model, in which 'top model' can be interpreted in several ways. It wasn't only a timeless beauty, but also the flagship of Citroën, with which it automatically ended up in a line of illustrious cars. There is therefore almost no piece of text about the Citroën C6, both written and spoken, that doesn't refer to the DS, SM and/or CX. And although there absolutely are references to those renowned predecessors in the lining of the C6 – you could fill a book with it – the C6 is also a magnificent design in itself. It's almost more than just a car design; somehow the C6 always reminds me of modern architecture. 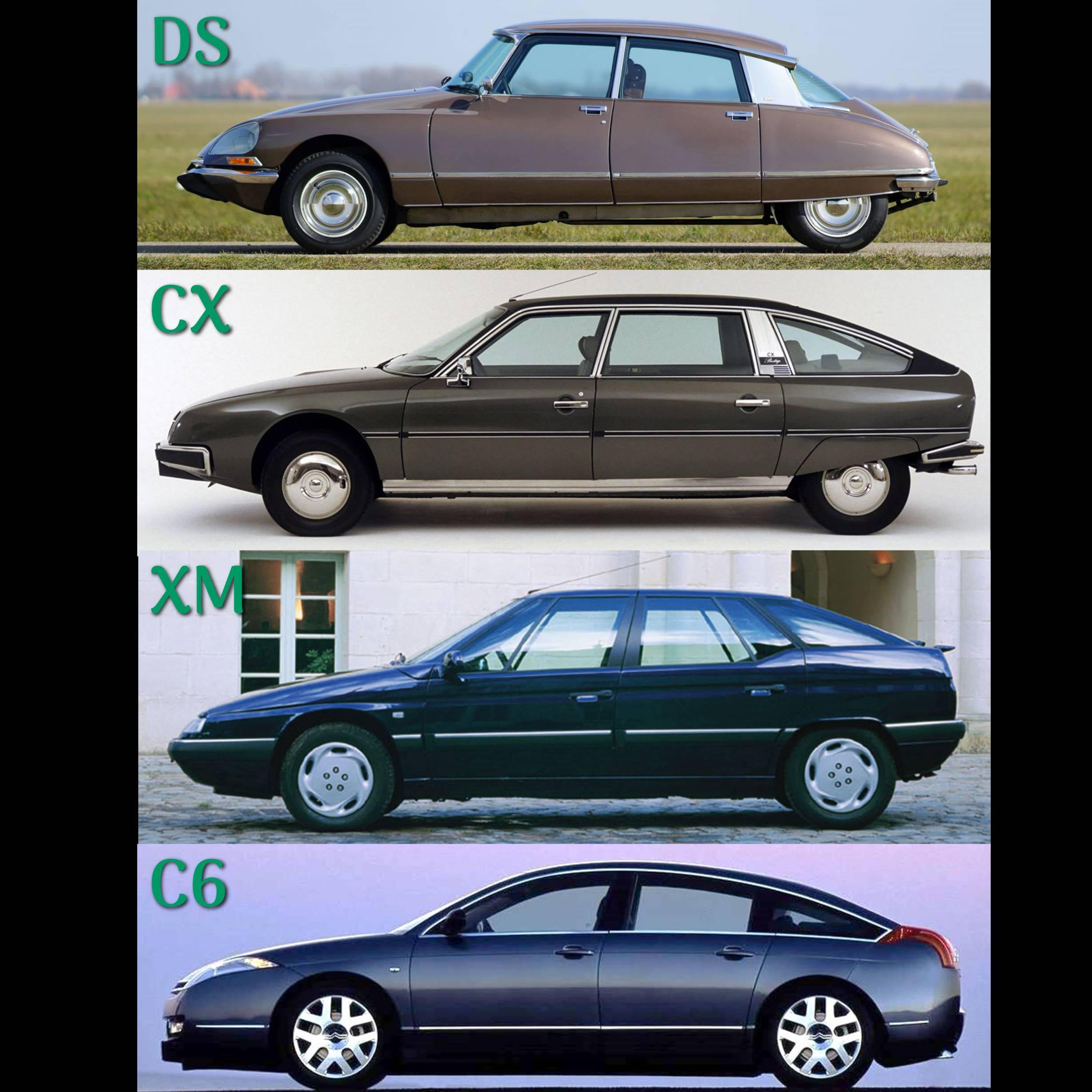 The C6 and its predecessors

From 1955 to 2000 Citroën always had a
grande routièreFrench name for the E-segment / upper middle class
in the showroom: the DS was built from 1955-1975, the CX from 1974-1991 and the XM from 1989-2000. It then took five years for a new model to arrive, the C6. That could have gone very differently. Citroën already shown the C6 Lignage
concept carStudy model; often a show car to sound out reactions
in 1999, a car that was clearly the forerunner of the later C6. Yet it was decided differently: in 2001 the C5 came onto the market. That model was to serve as the successor to both the Xantia and the XM. Fortunately, Citroën later changed their mind and the C6 was finally taken into production in 2005.

Citroën's hesitation in putting a model in the
E-segmentthe upper middle class
on the market is very well understandable. It takes quite an investment to develop a model in that class that's able to keep up with the competition. And for an 'outsider' like Citroën that's not even enough; the C6 actually had to be better than the competition to persuade people to buy a luxury Citroën. If I remember the reviews well, Citroën succeeded quite well at being better, at least at some points. The car was praised for its unrivaled driving comfort thanks to the hydropneumatic suspension and furthermore, as far as I know, it was a technically innovative car: it had a bonnet that rises in the event of a collision with a pedestrian to prevent serious injury, an active integrated
rear spoilercomponent that provides downward pressure for better road holding at high speeds
, a digital
set of instrumentsthe speedometer, rev counter etc.
with a
head-up displayprojection of important information on the windshield
... Moreover, it was an exceptionally stylish car, due to the arched side window part and the
concavehollow , bent inward
rear window, among other things. 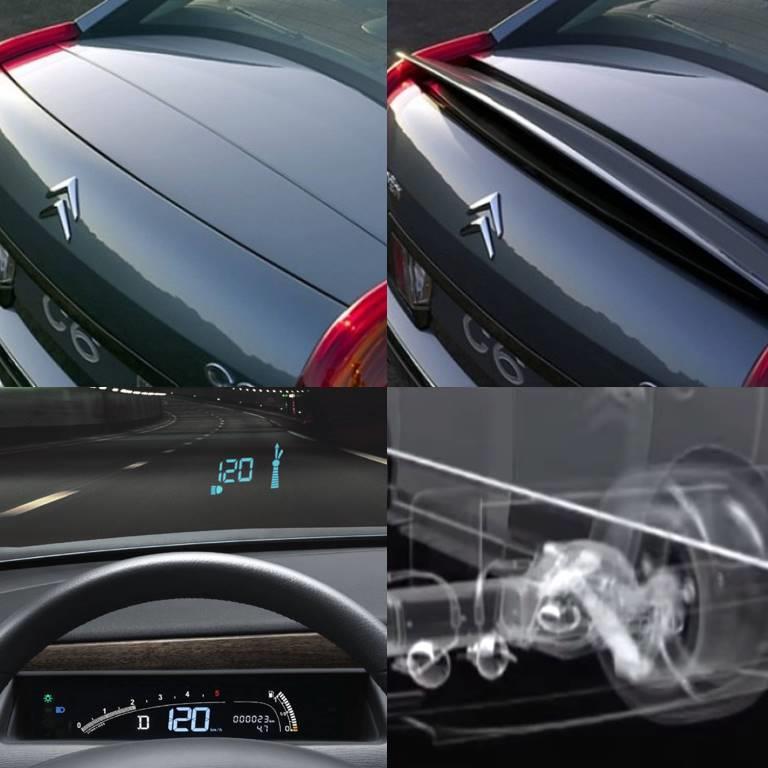 The main reasons for this came from Germany: the Audi A6, BMW 5-series and Mercedes-Benz E-class. These are the cars the buyers in the E-segment turn out to want. In the best sales year of the C6 in the Netherlands, 2006, Citroën sold 316 of it. In the same year, Audi sold the A6 to 4,111 Dutch customers, BMW sold 2,896 units of the 5-series and Mercedes-Benz 2,029 E-classes. Volvo then follows at a distance with 680 copies of the S80. If you look at the total sales for as long as the model was in production, 816 C6s were sold in the Netherlands. There are competitors that did even less, such as the Honda Legend or Lancia Thesis, but most competitors did considerably better, including other 'outsiders' like the Alfa Romeo 166, Jaguar S-type, Peugeot 607, Renault Vel Satis and even the Opel Signum. How is that possible? 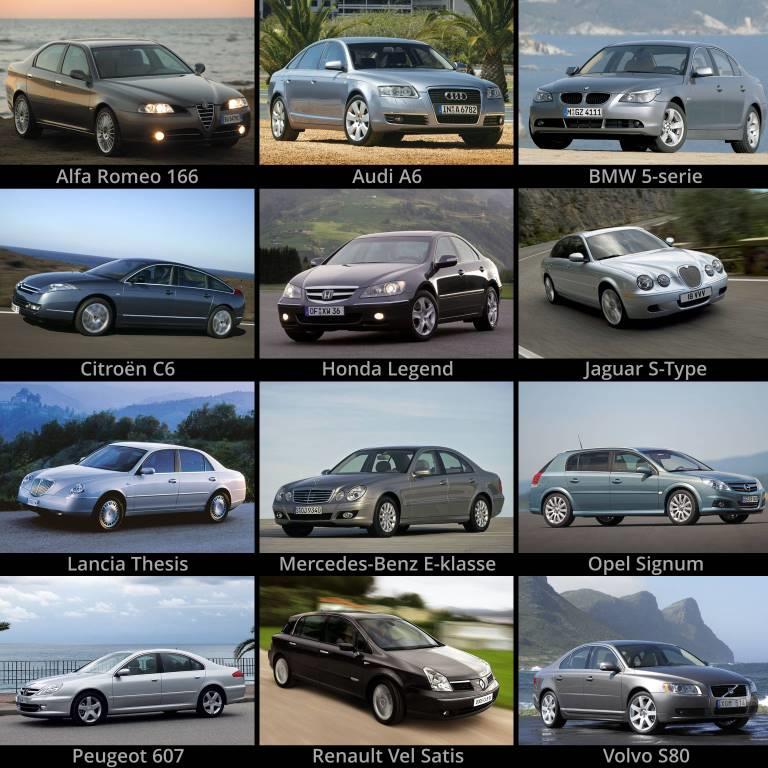 The C6 and the competitors mentioned

I really have no idea. If I were in the market for a routière, I would choose a C6 without a doubt. In fact: I'm not in the market at all for such a large car, and yet I'm tempted every time I pass a C6. The C6 never really gets across in photos, I think (that's why I called it problematic in the introduction), but every time I see a C6 in real life, I just have to look at it. And I never get tired of it. I could now describe all shapes, surfaces and references, walk through every detail, but that still wouldn't put into words why I think this design is so magnifique. If you don't see it, I can't make it clear to you. Tastes differ, that's just the it is. For me, however, the C6 is the ultimate classic and an absolute masterpiece. And perhaps the most beautiful car ever.

Would a C6 Break have made a difference? (Own design)


MY CLASSICS
In the My classics section, I regularly add a model to my digital collection of classics. For that, I select cars whose design appeals to me or evokes memories. So nostalgia, and very subjective. Hence the section title: my classics.
In the next episode: In a sense the Car of the Century...