Lemons, melons, pineapples, dates, bananas, cucumbers – they are all apples. At least, that was once the case, in the Germanic languages. And that explains a lot, for both the fruit lover and the Bible reader. 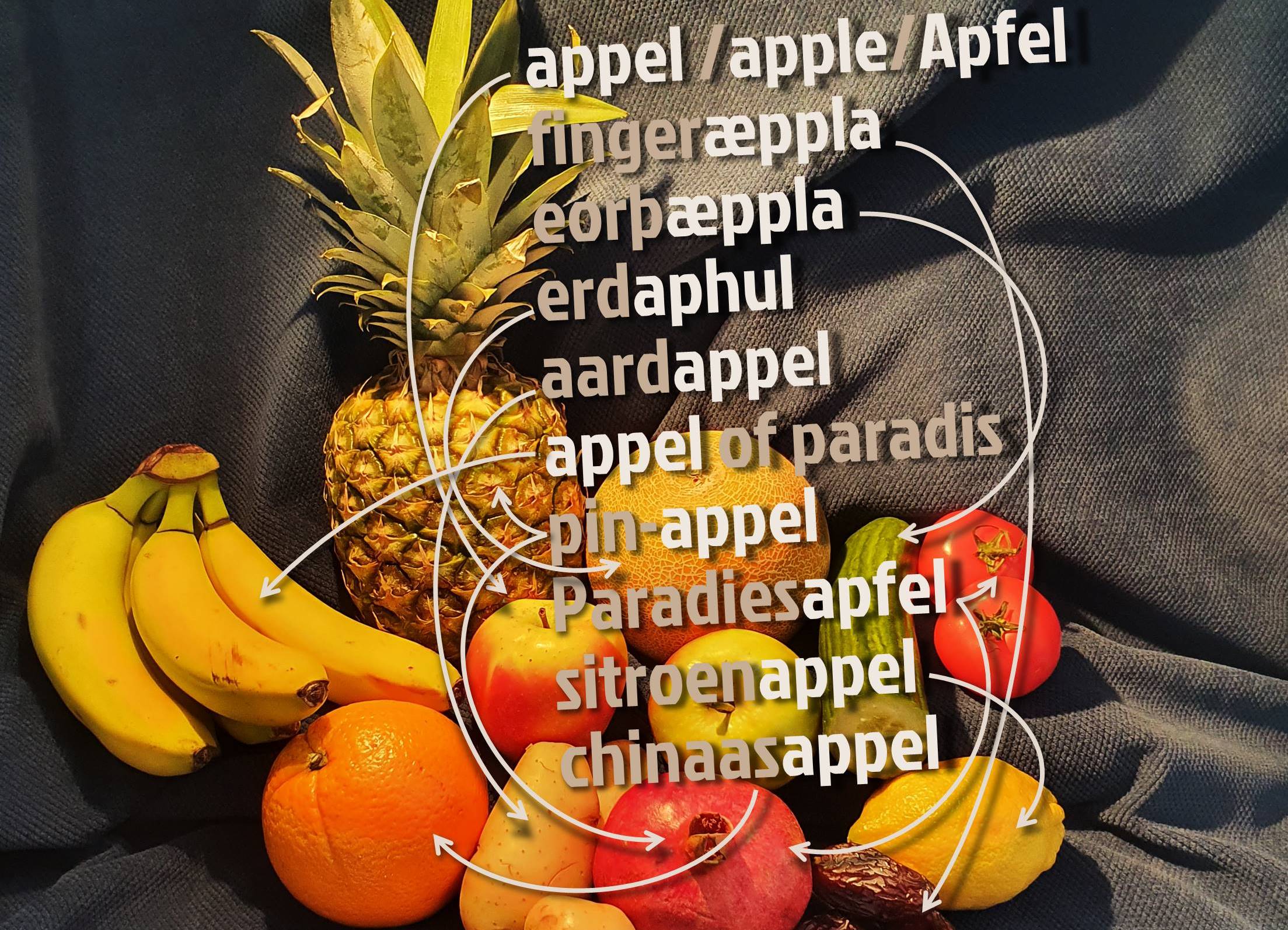 Fruits
If you had to sum up the list at the beginning of this section in one word, you would probably say "fruits". This applies not only to English, but also to all other Germanic languages, both West Germanic (Frisian, Dutch, Afrikaans, German) and North Germanic (Danish, Swedish, Norwegian, Icelandic). In English, the word fruit was taken from French as early as the late 12th century, while the French word was derived from Latin frūctus. Dutch has also adopted fruit from French, but also has the word vrucht, which is directly derived from Latin. In a similar way, Latin has influenced all Germanic languages except Icelandic, when it comes to the "collective name for fruit."


Finger- and earth-apples
While words such as fruit and vruchten became common in the Germanic languages, those languages also had other words that could be used as a generic term for fruits. Including apples. For example, in Old English (before 1100) there was the word fingeræppla, literally "finger apples", which referred to dates. Old English also knew eorþæppla, which in modern English would be "earth apples". However, this did not refer to the potatoes (in Dutch: aardappelen) that the people in Van Gogh's famous painting ate, but cucumbers. The same is true of the Old High German (before 1100) erdaphul and the Middle High German (1100-1350) erdaphil, which also meant "a kind of melons or cucumbers". Dutch probably had a similar word with the same meaning.

Paradise-, pine-, granate- and lemon-apples
Even more recently, the word apple was still used to indicate different types of fruit. The Middle English (1100-1500) appel of paradis (that "appel" is not a typo) was the name for the banana. Pin-appel, also from Middle English, developed into pineapple and could also mean pomegranate. And then there was the meaning "pine cone", which was called dennenappel or pijnappel in Dutch. Frisian used pynapel for this (also here: no typo), and dinappel, nowadays dinne-apel. In German they use the word Tannenzapfen for this, in which the word "apple" is not used, as you can see. What German does use is the word Paradiesapfel. That is a "small, round, wild-growing apple", but can regionally also mean a tomato or pomegranate. In a similar way in Frisian the word sitroenappel (litterally "lemon-apple") was used both for a “large, elongated, somewhat angular apple”, as to indicate a lemon. The same applies to the Dutch citroenappel, which today would be something like "citroenvrucht" in Dutch ("lemon fruit" in English).

Orange- and China's apple
In Frisian I came across the word oranje-apel. This is reminiscent of modern orange in English and Orange in German, but the Frisian word means the fruit of the orange tree. That fruit looks – at least in my eyes – a lot like an orange, but appears to be slightly different. The Dutch language seems to agree with me, because under ‘oranjeappel’ ("orange apple") the WNT mentions three meanings: the fruit of a plant family (orange, lemon, lime, etc.), the fruit of the orange tree (Citrus communis Risso) and “by extension” also the orange tree itself. With the second meaning, the dictionary states: "However, since the sinaasappel (Citrus aurantium Risso) is often referred to as oranjeappel, it is not always clear which of the two fruits is meant." I have never encountered the name oranjeappel on the oranges shelf in my life, so the confusion seems to have been resolved in favour of the word sinaasappel. That word – sinesap(p)el or synappel in Frisian and Apfelsine in German – comes from chinaasappel ("China's apple"), because it was a fruit (or: an apple) that came from China. Other Dutch forms of that word, which are not or hardly used anymore, include appelsina, appel China and appelsjien. As a brand name we do still know Appelsientje in Dutch.

The forbidden fruit
Finally, let's get back to the paradijsappel ("paradise apple"): in Dutch, as in German, it seems to have meant both a certain apple variety and a tomato; at least in an article in the WNT from 1914 these meanings are still mentioned. Furthermore, the name paradijsappel was used for "a kind of lime," which was also called Adamsappel ("Adam's apple"). And that brings us to the Fall, the moment in Genesis 3 when Eve and Adam ate the forbidden fruit. The fact that we know the bump in the throat that moves when you swallow as Adam's apple, is because it was once claimed that a piece of the apple that Adam ate got stuck in his throat, and that is why all men from now on have such a lump in the throat. had. It was apparently unknown at the time that women also have that piece of cartilage. Another misconception is that the forbidden fruit was an apple – after reading this piece you can probably explain that: like we talk of "the forbidden fruit" these days, a few centuries ago people would have said "a forbidden apple". Which therefore could also have been a date, melon or cucumber. 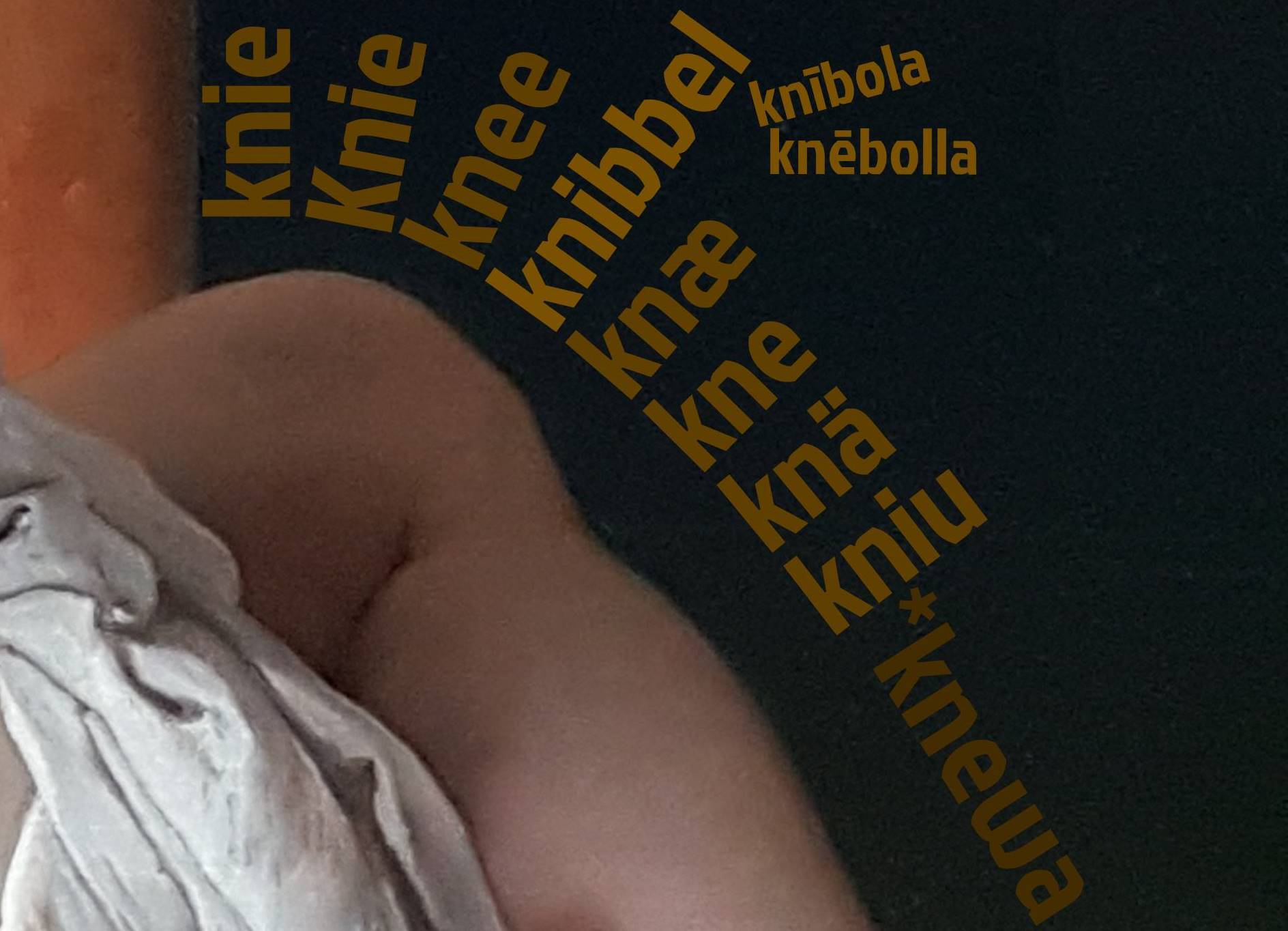 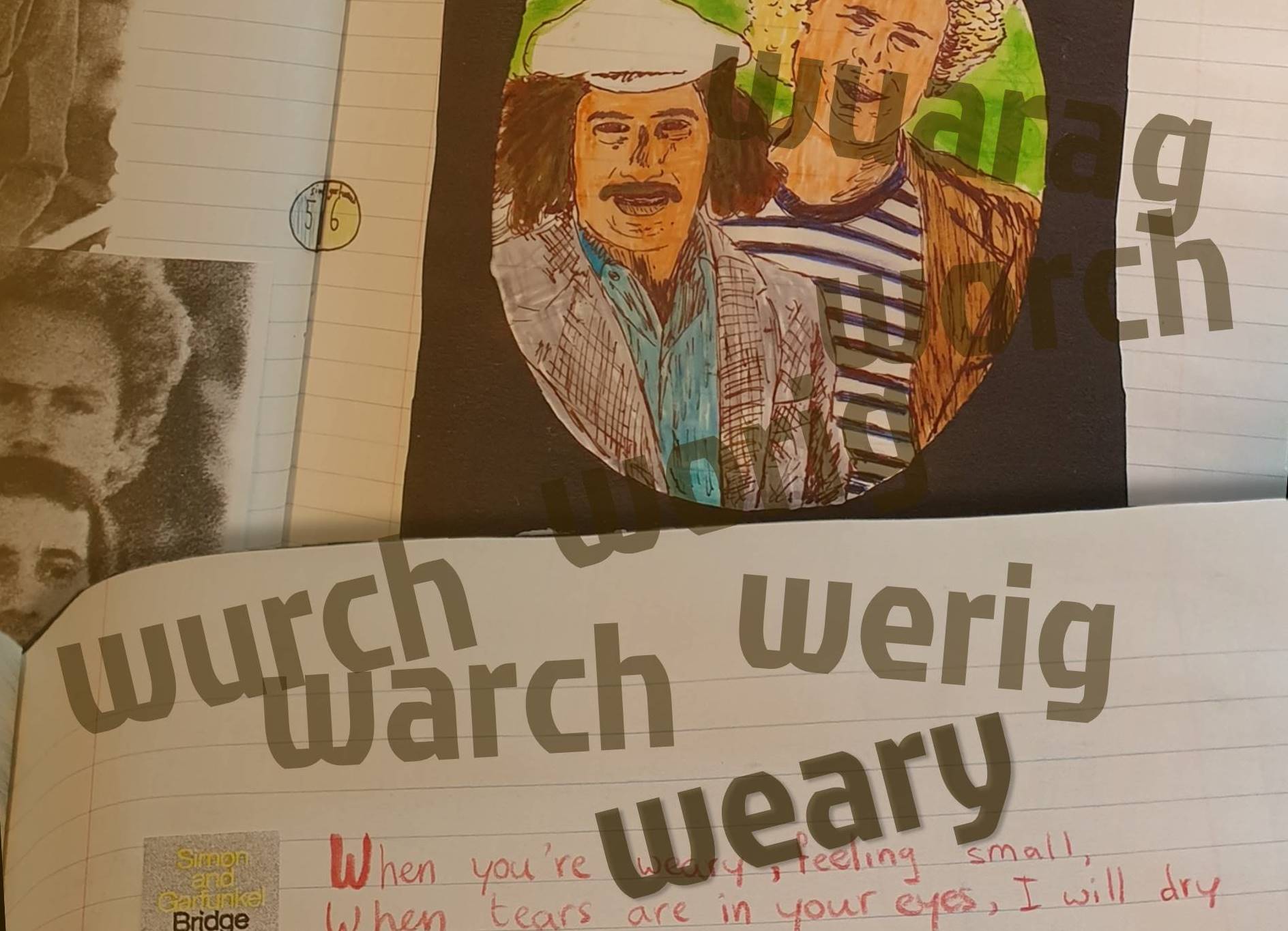