On March 2nd will be announced which car may call itself the Car of the Year 2020. In this mini series I count down to that moment, by discussing one of the seven nominees every day. I try to estimate the odds of every contender and put the model and brand in a historical perspective. With four days left, today it's the turn of the Porsche Taycan. 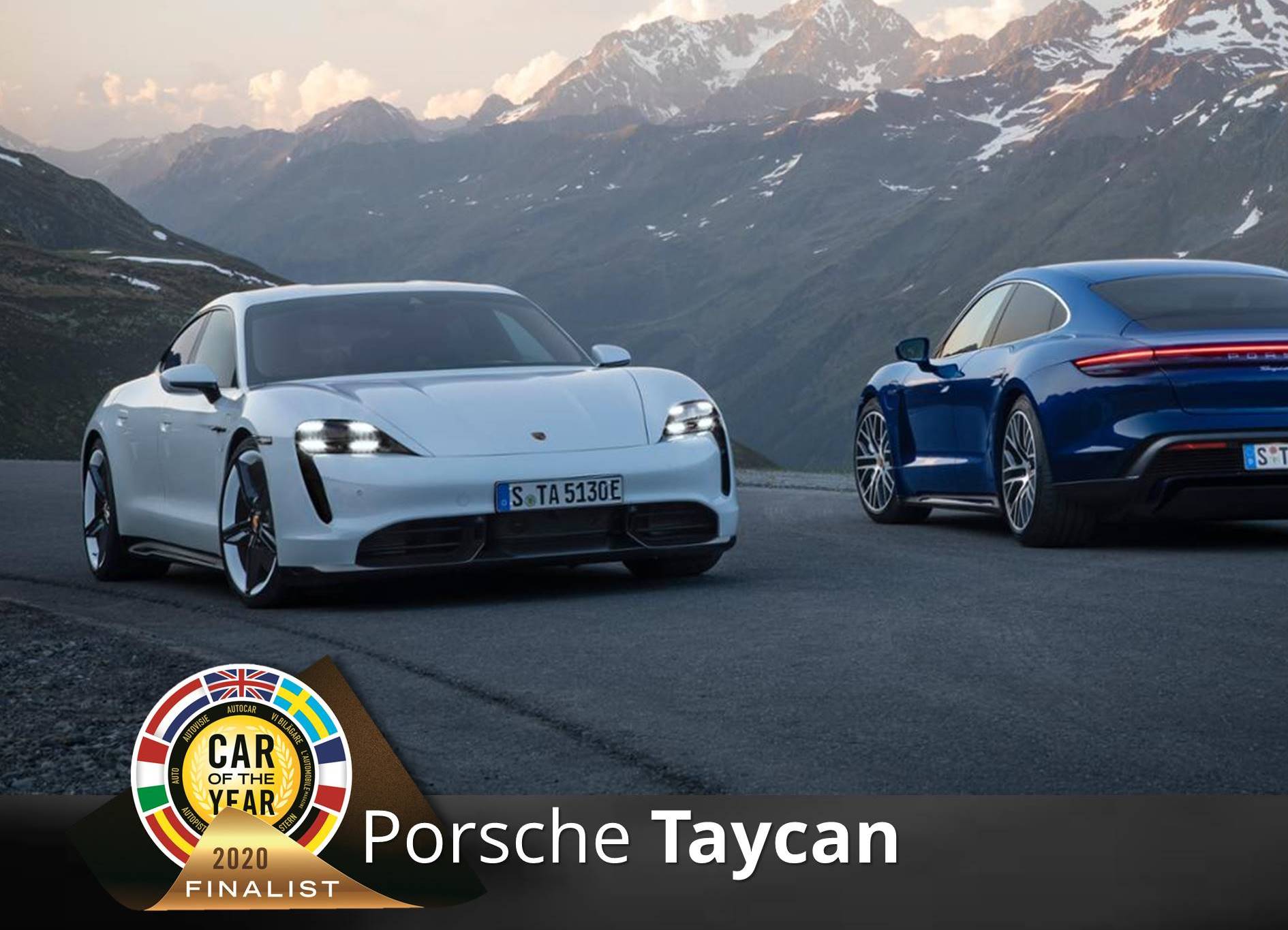 Front and rear view of the Porsche Taycan

The pedigree of the Taycan
The Taycan is a completely new model. Yet the story of that model goes back a few years: in 2015, Porsche presented the first forerunner for their electric four-seater, the Mission E. The production version of Porsche's first fully electric car is very similar to that study model. If you leave the drive aside for a moment, the Taycan comes closest to the Panamera. That is also a four-door model, although the Taycan is a bit more compact on the outside. Porsche did research into a four-door 928, but that model has never made it past the prototype stage. The Taycan is therefore in many ways an innovative Porsche. Moreover, the car is seen as the first serious European competitor for the Tesla Model S. And there appears to be a demand for that.

The odds of the Taycan
Statistically, the chance of a large, expensive sports hatchback becoming the Car of the Year is very small. And yet the Taycan has been chosen as one of the seven nominees for the title. The reason for that: it's just a very good car. Car journalists talk about 'the first electric car to make a petrolhead happy', 'one of the better GTs I have ever driven' and that 'the loss of sound does not diminish the Porsche feeling'. Of course, the Taycan is compared to The Great Competitor, the Tesla Model S. In short: the Tesla has a bigger range and the automatic cruise control with lane keeping of the Porsche doesn't come close to Tesla's Autopilot, but as far as the finish, ergonomics and handling go, Porsche surpasses Tesla. Somehow I have a feeling that some European car journalists are very eager to finally get a real European answer to the Model S and that the Taycan may gain some extra points from that sentiment. That the headroom in the back is tight and that the luggage space is not what you buy a Taycan for, won't come as a surprise. The Taycan, however, could suprise…