The first artist I discuss in this section, which is about art that affects me, doesn't really fit in - but that's typical of him. With Bas Jan Ader's work it wasn't love at first sight for me. Yet he is now one of the artists whose work interests me the most.

In September 2006 I was introduced to the work of Bas Jan Ader, at the solo exhibition Please don't leave me at Museum Boijmans van Beuningen. Until the moment I walked into the exhibition room, I had never heard of Bas Jan Ader, let alone had an idea of what kind of work I could expect. I barely knew conceptual art. 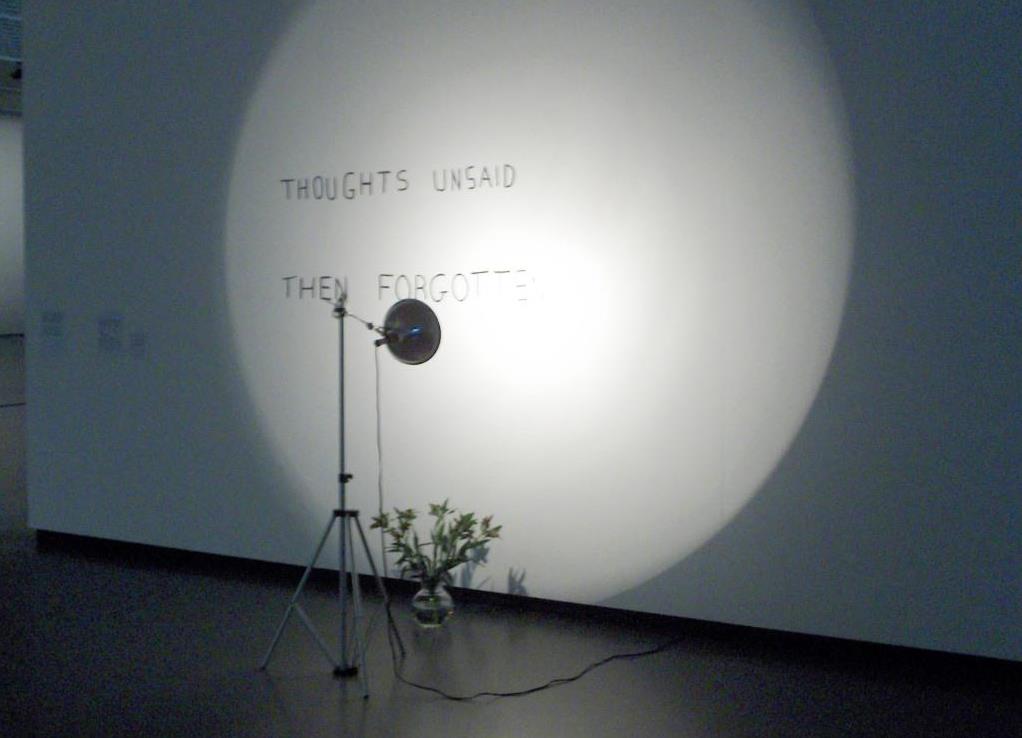 In a review about the exhibition, an assignment for my education, I wrote: "You don't get it. When you walk into the exhibition room and get to know the work of Bas Jan Ader for the first time, you don't understand what you see. But It is stimulating - you want to know what it is you're seeing. You will start walking around the room as a matter of course, or maybe it's more like wandering around." Since that first encounter, I have delved more into the work and life of Ader. Somehow his work does not let me go. And yet I continue to have that feeling of wandering. I never get to a point where I really understand why it intrigues me so much.

Of course, the life story of the man Bas Jan Ader appeals to the imagination. The alternation of failure and success, the contradiction between adventure and civil life, the loss of his father as a baby, the striking mother, the interest in philosophy and language, the disappearance at sea. It is for good reason his work is hardly described without reference to his biography. It inspired visual artists and writers (including me, to write this poem). And yet, that particular day in 2006, I didn't know about all that. It was really the work itself that raised questions for me. 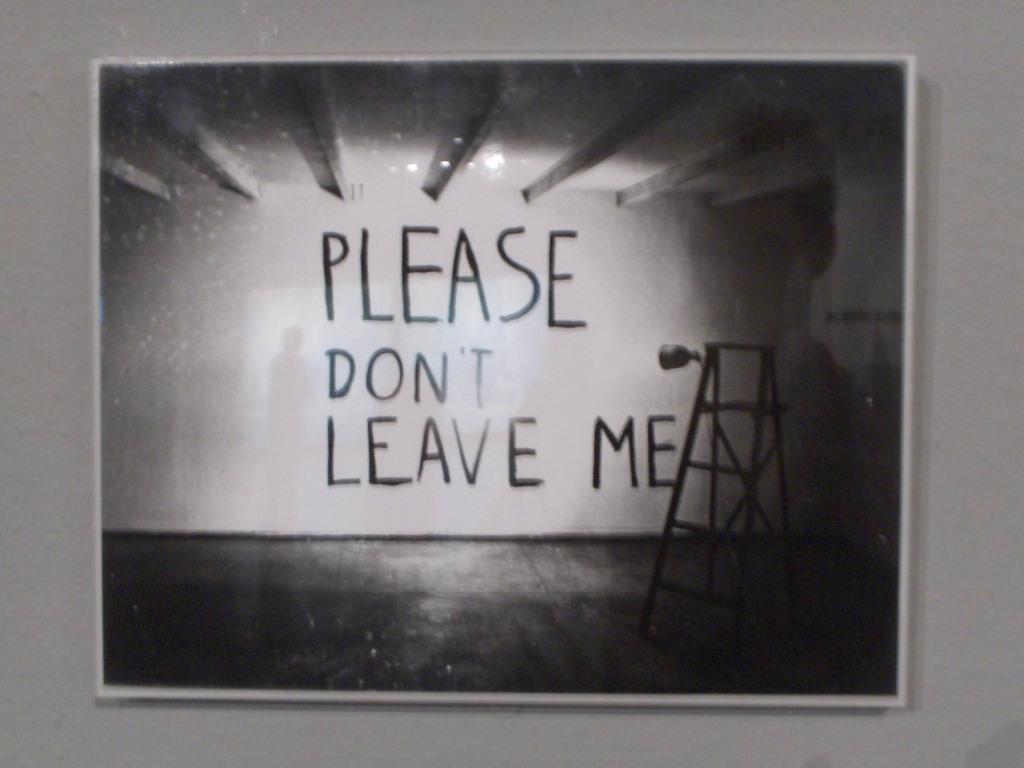 The exhibition at the Boijmans was very complete, from Ader's early work to the unfinished last. Yet I only took photos of a number of works, so I assume those works stood out for me. Browsing through my photos I come across the following: the installation Thoughts unsaid, then forgotten; a film recording of the performance The boy who fell over Niagara Falls; the photo work Please don't leave me; the photo, film and postcard of I'm too sad to tell you; the film Nightfall and finally again Thoughts unsaid, then forgotten.

Thoughts unsaid, then forgotten. A simple observation, probably everyone can form an idea of. And at the same time formulated very concisely, like poetry. It raises the question with me what Ader's thoughts may have been. It formulates transience. It states the reason why I always have something at hand to make notes. And yet they remain of course: countless thoughts that occur and vanish.

Vanishing in a way is also what happens to the text on the wall, which on Ader's instructions had to be painted over after a few days, without changing the light or the flowers. Vanishing is what happens to the flowers in the installtion, when they eventually wilt. Vanishing is what the light does, which goes out when the lamp is cleared out, and of which there is nothing left in the dark room that remains. In fact, it is the opposite of what happens with more traditional forms of visual art, where ideas are developed into something that did not yet exist before and which, in principle, continue to exist forever after. 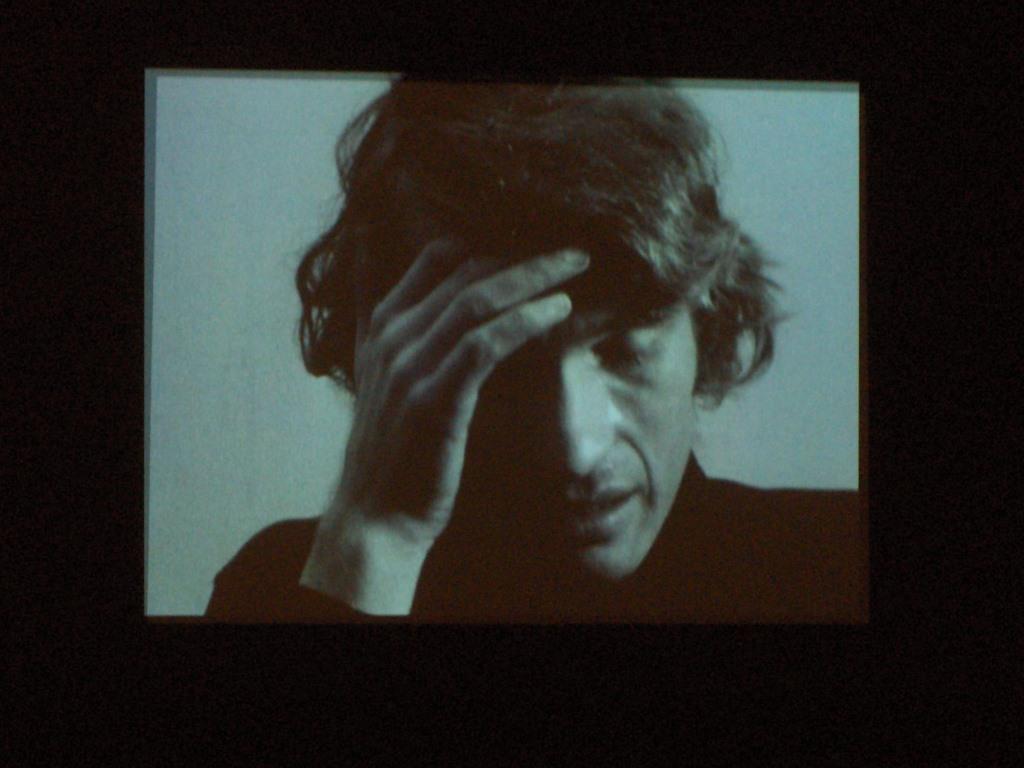 With his installation Bas Jan Ader made a work of art that is just as transient as the ideas that precede it and the people who make it. Perhaps he saw art that vanishes like life does as a higher form of art. He was interested in Mondrian, who, with his neoplasticist work, was also looking for a higher, purer form of art. Ader made a number of photo works in which he quoted the well-known red-yellow-blue-gray-black-white Mondrian paintings with only horizontals and verticals. And Ader's last work, which ultimately proved fatal to him, he called In search of the miraculous.

And so the work of Bas Jan Ader continues to do what it already did when I first saw it: it raises questions, more and more questions. I'll keep wandering around for a while, I think. But that Bas Jan Ader has made a masterpiece with Thoughts unsaid, then forgotten is clear to me.