If you've been following this blog from the beginning, you're probably starting to form a picture of my car preferences: Peugeot is one of my favorite brands, Pininfarina one of my most beloved design houses, I generally like fairly everyday cars with something unusual, and my earliest and dearest car memories are in the 90s. If there is one car that meets that profile, it is the Peugeot 406 Coupé. 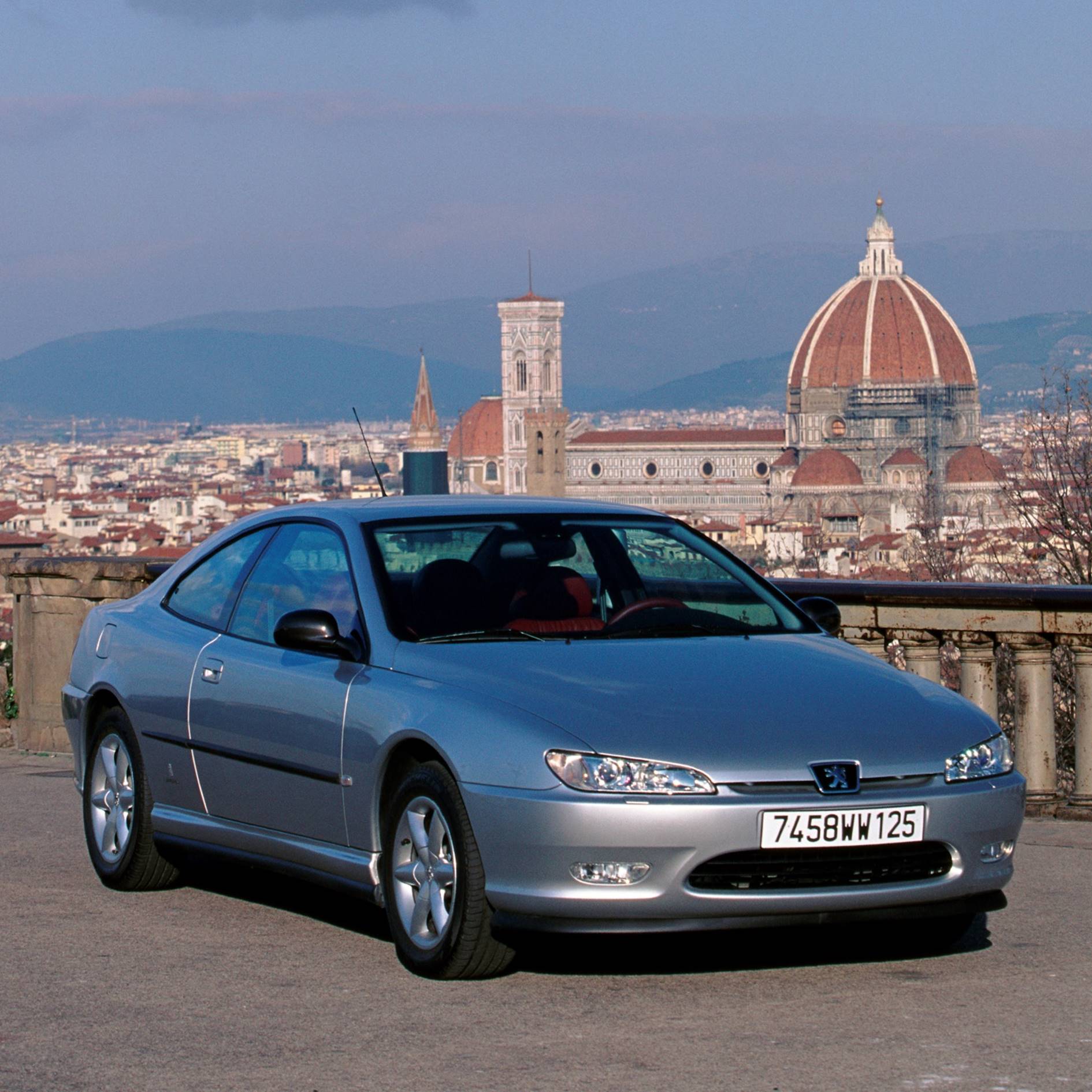 Spy shots
As a teenager I had a subscription to the Dutch AutoWeek magazine for many years, and I can still call some covers and photos to mind. For example, at the end of the 1990s there was, to my surprise, a photo on the cover of a not yet revealed model at an airport. They were spy shots of the Peugeot 406 Coupé, a design by Pininfarina. It was certainly not the first Peugeot coupé and neither the first Peugeot coupé with the Pininfarina emblem on the flanks. But the famous and also beautiful predecessor of the 406 Coupé, the 504 Coupé, was from before my time. Only much later, when I also became interested in cars from before the 1980s, I caught sight of that model. My time was in the days of the 405, and as I wrote earlier, that model was only built as a berline (sedan or saloon) and a break (station wagon). A Peugeot coupé was something new to me. And it was a gorgeous car, too! 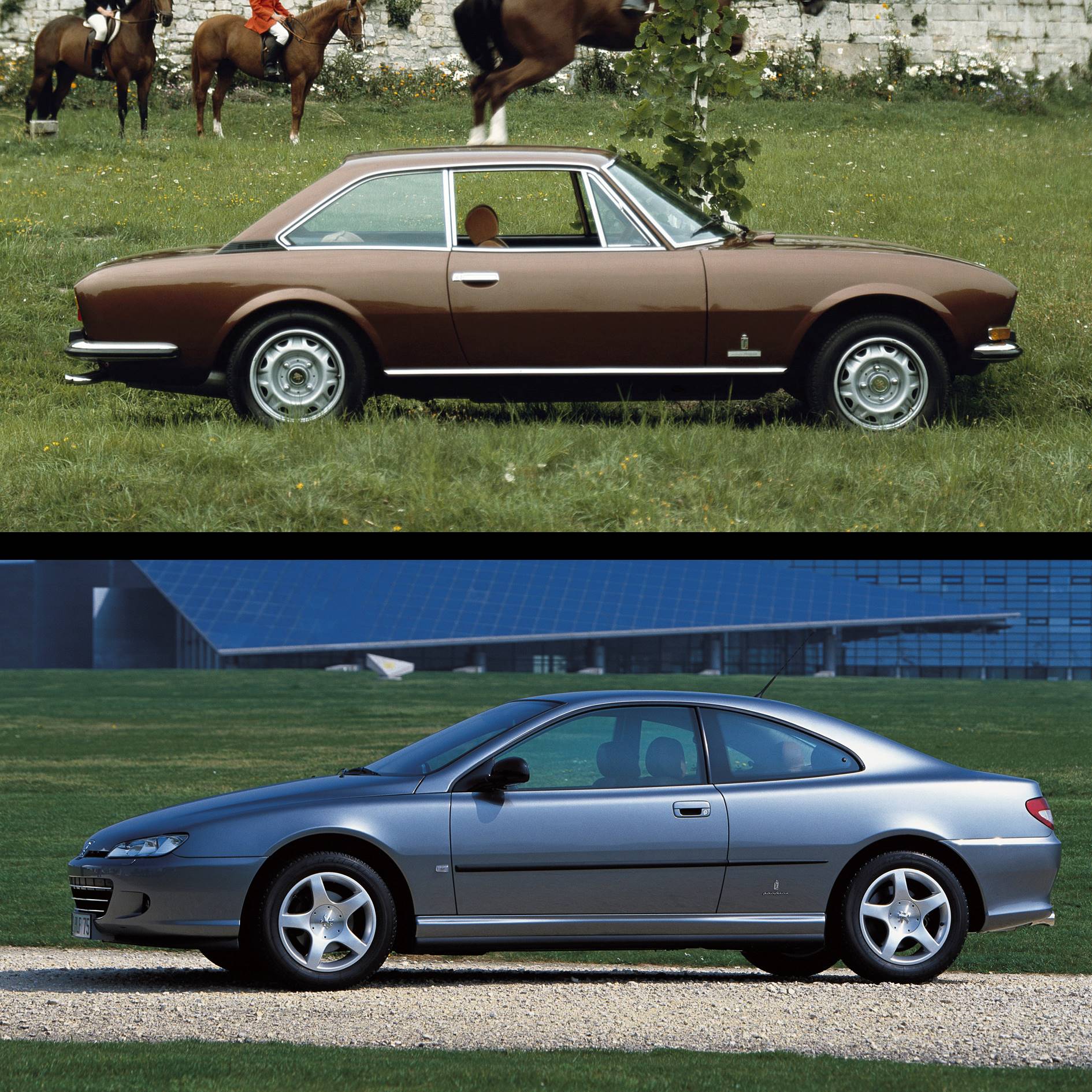 Peugeot 504 Coupé and 406 Coupé, both designed by Pininfarina

A 406, but different
Now there are stories that the 406 Coupé originated from a rejected design for Ferrari, but Paolo Pininfarina denies that. In one of the Pininfarina designs for the Coupé Fiat you can recognize something of the Peugeot with some imagination, but one could also explain that from the fact that the same design team worked on it within the fashion of the same time. Whatever the case, the 406 Coupé is unmistakably a Peugeot and also clearly the family of the other 406 models. For example, for the average spectator the front of the Coupé is broadly similar to that of the berline and the break, but everything is just a little more elegant in the Coupé (and if you look closely, nothing is identical at all). The window line of the side windows is somewhat reminiscent of that of the saloon, but is smoother and slightly slanted at the rear, which gives the Coupé a more dynamic appearance. (That's a basic piece of form theory you also see a lot in the visual arts: diagonals create dynamics.) Another important difference compared to the regular 406s is the slightly wavy line across the flanks, which starts at the headlights, follows the bonnet seam and the underside of the side windows, to run up slightly at the rear, where it connects to the line that forms a very subtle integrated rear spoiler across the width of the car. The rear lights of the Coupé have roughly the same shape as the ones on the berline and those on the break, but the layout of the rear lights is different, with a red border all the way around the gray area, which, in my view, makes the appearence a little less businesslike in comparison with the other two body styles. And of course, the Coupé also has a classic style element at the rear, where the
C-pillar 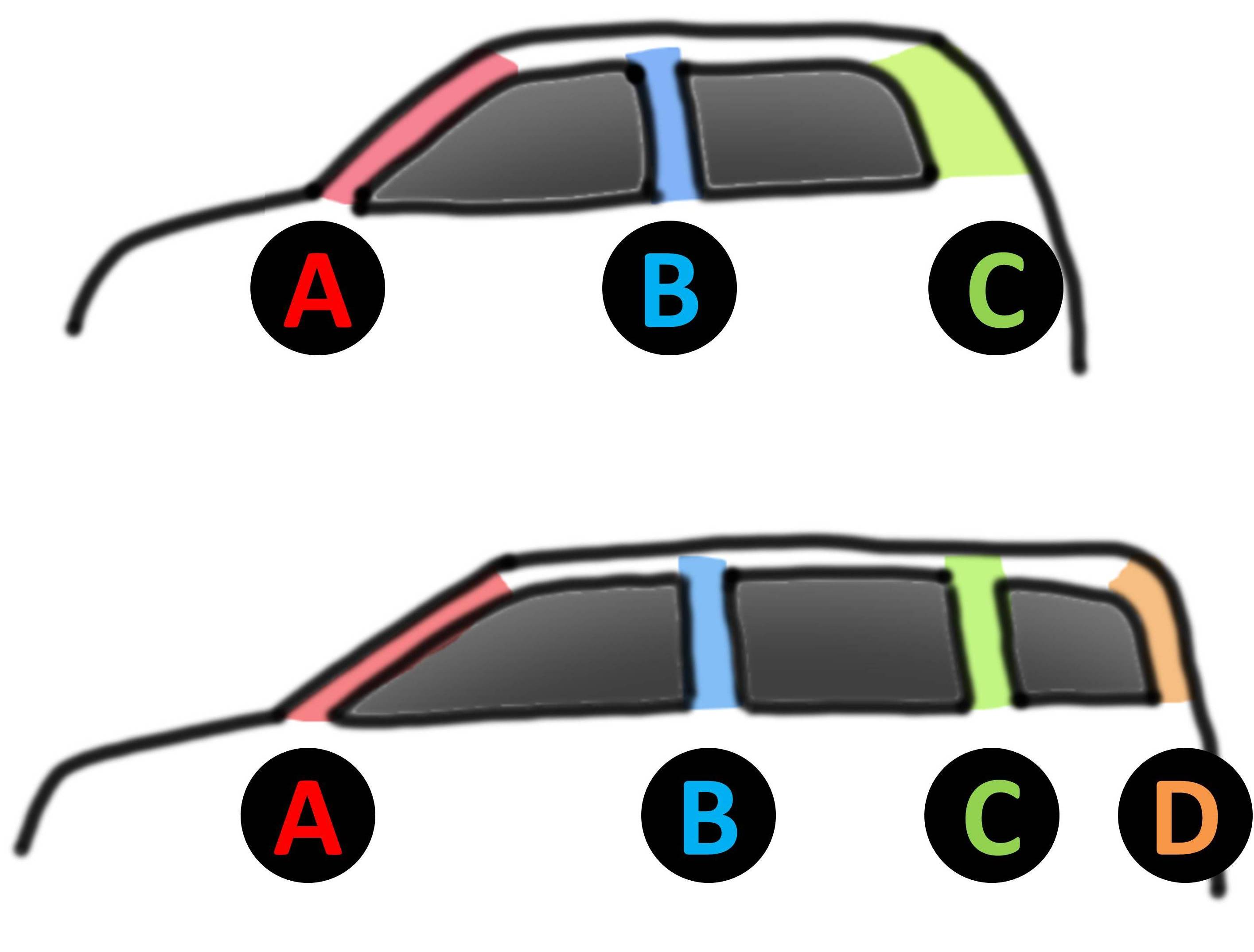 s run slightly more slanted than the rear window; that provides a dynamic appearance, and at the same time a slightly more accessible trunk, because the boot lid can continue a little further towards the rear seat. 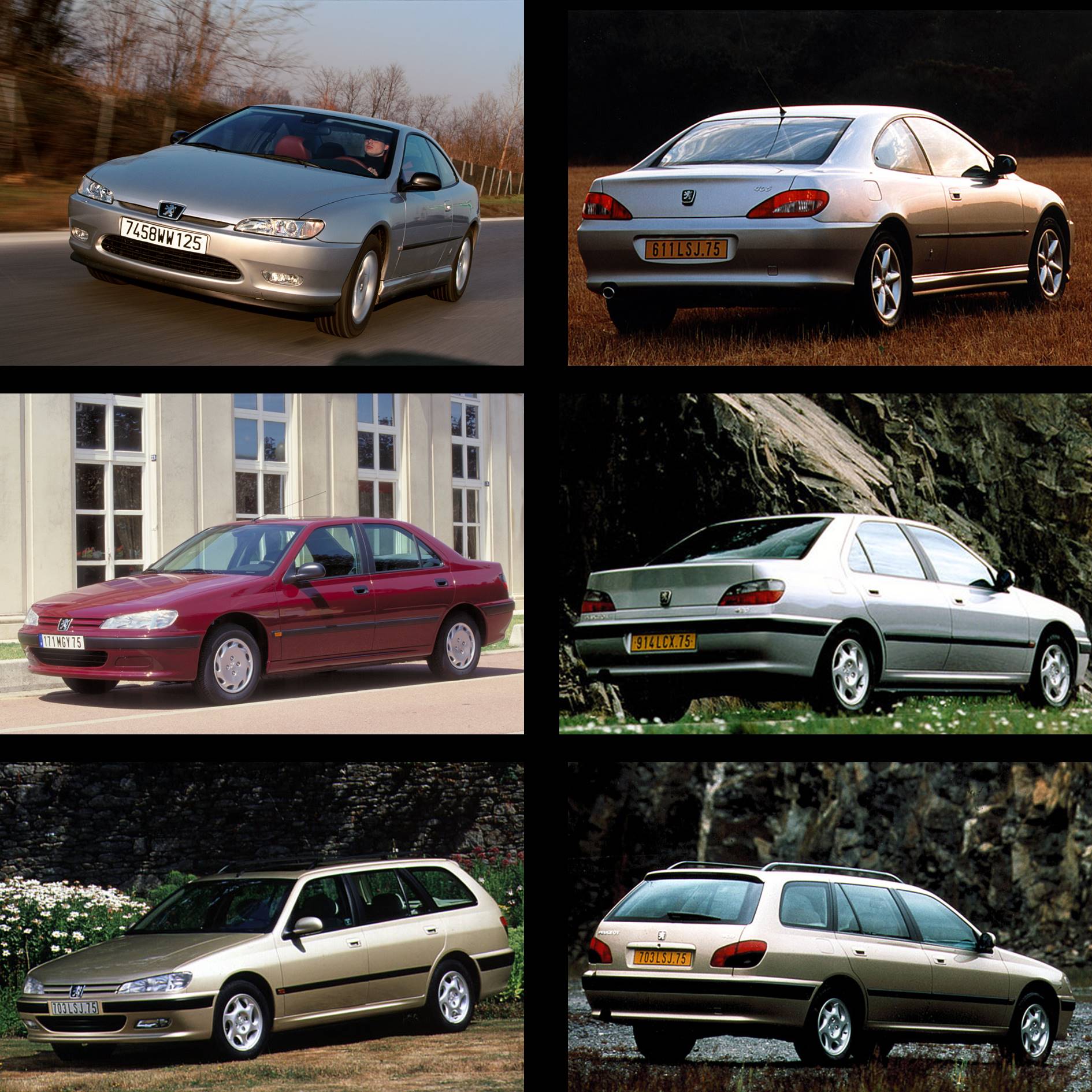 Most Beautiful Coupé in the World
When I think of the 406 Coupé, I initially see a silver-grey car in front of me, with a subtle touch of light blue through it, but that may also have been the reflection of the background. For that's how the model was in the photo in an advertisement that adorned my room for a while. Silver-grey and shades that were close by were in fashion in the second half of the 90s. I have often used the word 'timeless' in this section, and I'm going to use it again, because no matter how time-bound that silver-grey tone of the version shown in the advertisement was, I think the 406 Coupé is a timeless beauty. That I'm not the only one who can appreciate this fusion of French and Italian design is clear from the fact that Pininfarina built a total of 107,631 Coupés; that's 37,631 more than Peugeot had previously agreed on with Pininfarina. Almost half of it were sold in France, the rest found their way to eight other European countries. So the car was doing well beyond expectations. In addition, they won multiple prizes for the design of the 406 Coupé, including The Most Beautiful Coupé of the World 1997 and the Car Design Award 1997. 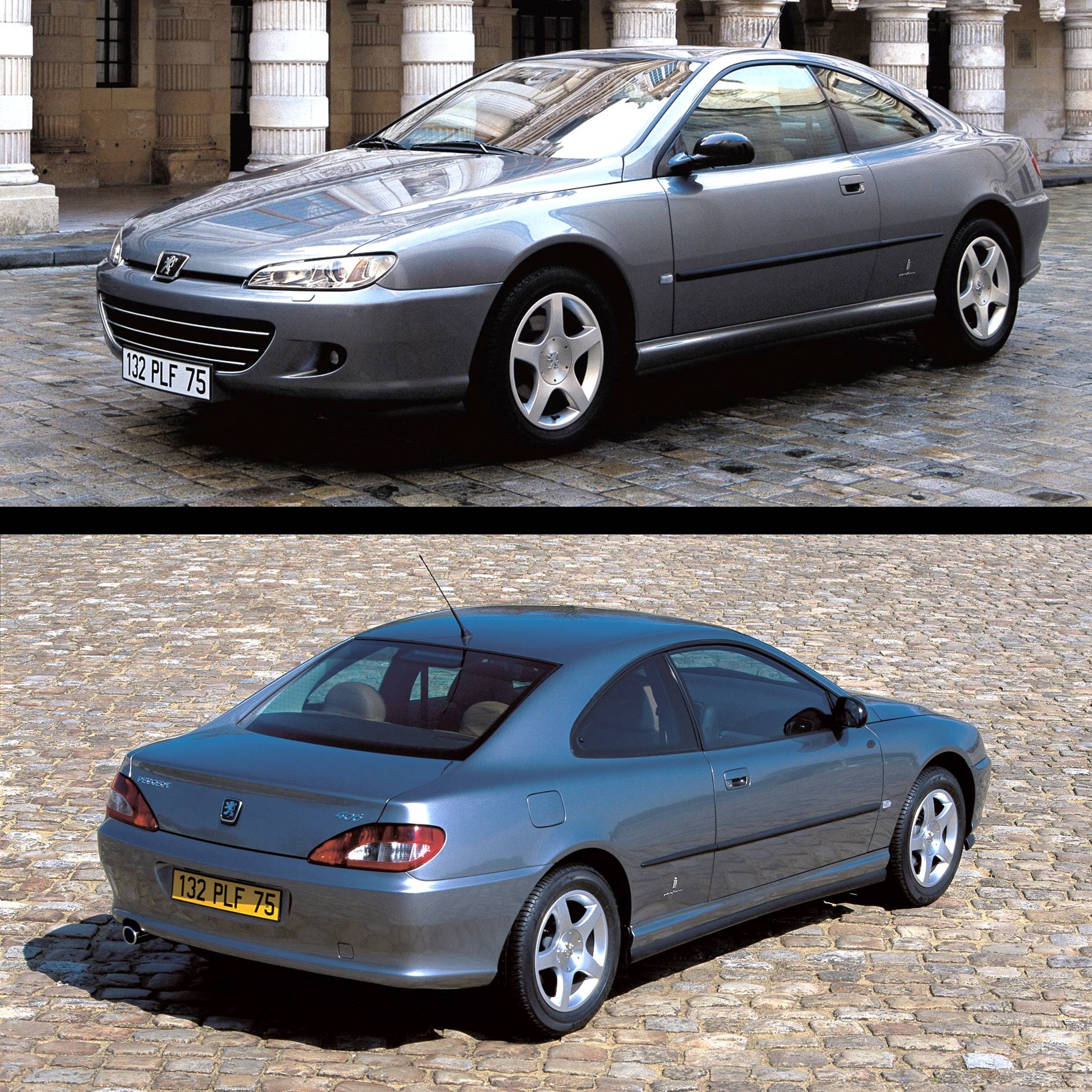 Luxury and comfort
Of course there was also criticism. The Coupé has the same dashboard as the berline and break, which was disappointing for some. Others found the car not sporty enough, but then again that wasn't the starting point of Peugeot and Pininfarina. The 406 Coupé is a luxurious and comfortable car – a real Frenchy. In the top version in 1999 you get among others keyless entry, electric windows, cruise control, air conditioning, electric seat adjustment with memory, an automatically dimming interior mirror, steering wheel controls for the audio and of course leather upholstery. The luxurious and comfortable character is also evident from the engine range: in addition to 2.0 and 2.2-liter engines, Peugeot also supplies a 3.0-24V V6 with 194 hp (140 kW / 188 BHP). After the facelift (according to the French Wikipedia in 2001, according to autoweek.nl and 'Alle auto's' in 2003), that three liter even gets 210 hp (152 kW / 204 BHP). From that moment Peugeot also offered the Coupé with the 2.2 HDi – a diesel engine. At the time, a diesel in a coupé was an exception and, according to some, even tantamount to sacrilege. Jan Rooderkerk calls it a "unique combination of style and diesel" in 'Alle auto's 2002' and I think that's a striking characterization. According to Peugeot, it is even the first coupé to be built with a diesel engine. Although the diesel had to do with 74 hp less than the gasoline V6, the block had more torque with 314 Nm against 285 Nm for the three-liter. Simply put, the engine therefore does not have to work as hard to get things moving, which generally makes the engine more comfortable. What you find more important or more pleasant depends on your preference. With the diesel, Peugeot in any case tapped into a new group of buyers and I can imagine that the HDi fits very nicely with the character of the car. But then again I have a weakness for diesels. Among most enthusiasts and collectors, the 3.0 V6 is especially popular and that model therefore gains the most value as a young timer. Fortunately, I don't have to make a choice for my virtual collection – except that I add the 406 Coupé to it. With pleasure! 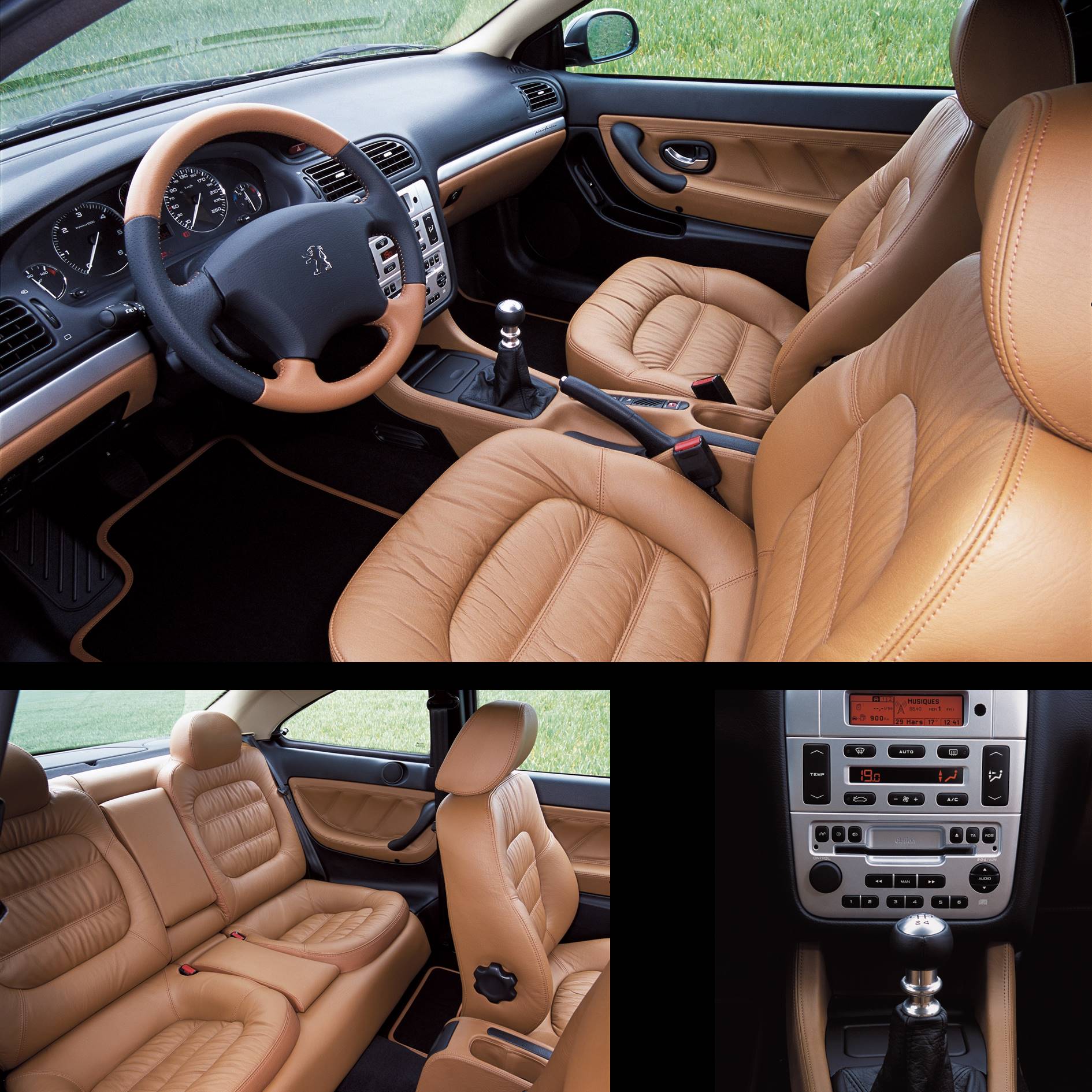 Interior of the 406 Coupé

MY CLASSICS
In the My classics section, I add a model to my digital collection of classics every other week. For that, I select cars whose design appeals to me or evokes memories. So nostalgia, and very subjective. Hence the section title: my classics.
In the next episode: A classic beauty from a different Italian pen...