Trends and a Dutch touch

On March 2nd will be announced which car may call itself the Car of the Year 2020. In this mini series I count down to that moment, by discussing one of the seven nominees every day. I try to estimate the odds of every contender and put the model and brand in a historical perspective. That lot from tomorrow – today I give some background information about the election: how it works, what kind of Dutch touch it has and what trends and preferences I have noticed. 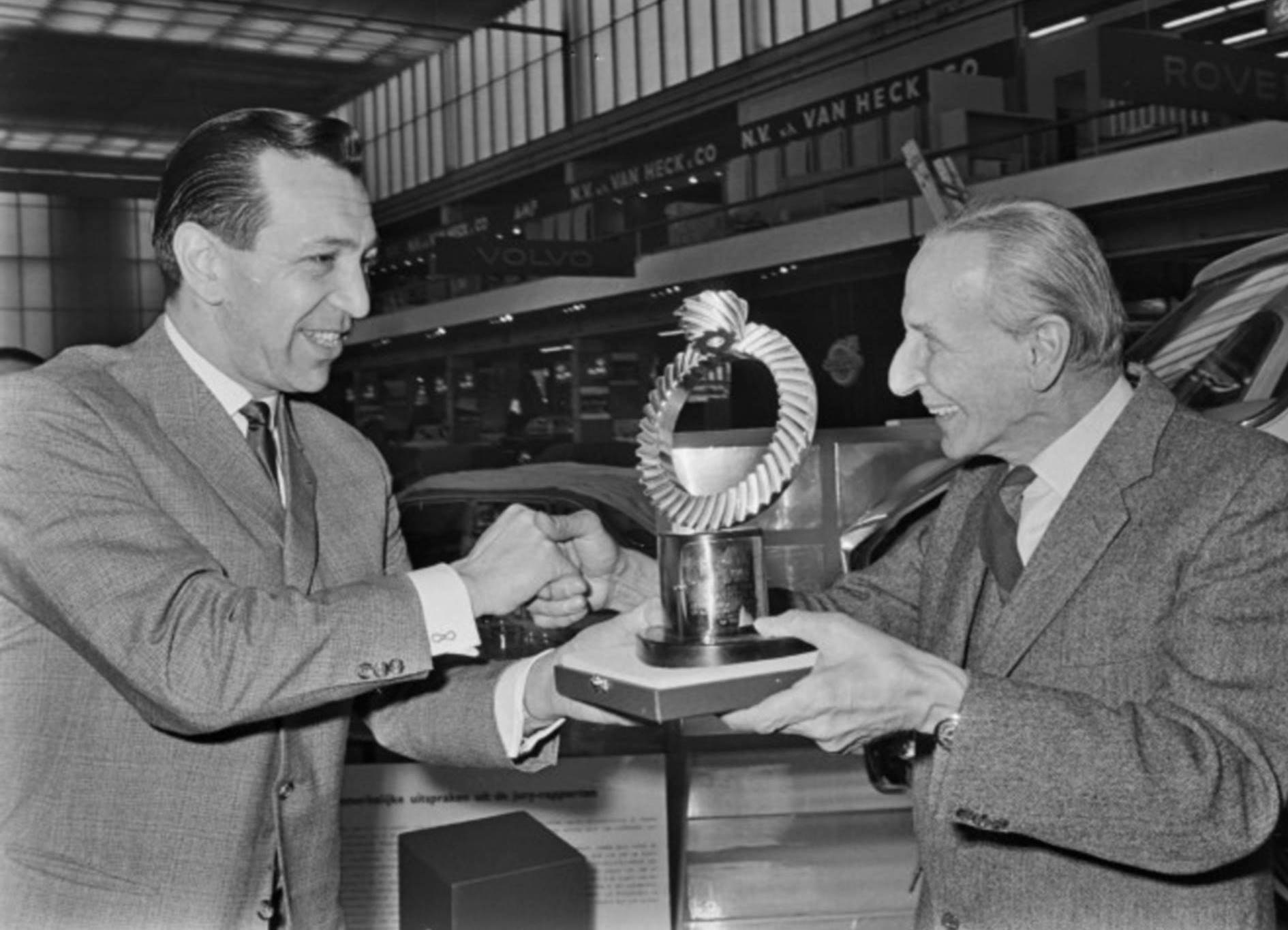 The jury
The election Car of the Year has been organized in Europe since 1963, at the initiative of the Dutch car journalist Fred van der Vlugt (the brother of Sinterklaas), who also started the co-organizing magazine Autovisie. Today, as part of De Telegraaf, Autovisie still supplies one of the three Dutch jury members: Jaco Bijlsma. The second Dutch jury member is Ton Roks, who was previously editor-in-chief of Autovisie for many years. On behalf of ANWB Auto, formerly known as Autokampioen, Gert Wisse is the third Dutch jury member.

In total, the jury consists of 60 car journalists from 23 European countries. Each member of the jury these days has 25 points to award, which must be distributed to at least five of the seven nominees. A maximum of 10 of those 25 points may be awarded to one model, and each member of the jury may only place one model in the first place. The cars are judged on design, comfort, safety, economy, driving characteristics, performance, ease of use, environmental aspects, driving pleasure and price. What aspect is valued the most is up to each individual member of the jury, but they must justify this in their report.

Trends and preferences
Despite the precise procedure, certain trends or preferences can be observed over the years. By the winners one can clearly see that it's an European election: the title went to a European brand 52 times. With that I see Ford as an European brand, because all winning Ford products are from the European branch of the company. Strictly speaking, Ford is of course an American brand. In addition, in 2012 the title was won by the Opel Ampera, a model that's almost identical to the Chevrolet Volt. However, you can say that to a greater or lesser extent about more Opel cars, since the brand was owned by the American company General Motors for most of its existence. But there has never been a pure American winner. The Japanese brands have won only four times: Nissan twice, Toyota twice.

Apart from a strong preference for European models, something else is striking. In the past ten years, seven winners were models from the C-segment – these are compact mid-sized cars (by European standards) such as the Volkswagen Golf, Opel Astra and Peugeot 308. I also count compact SUVs such as the Volvo XC40 and Peugeot 3008 as the C-segment, since, for example, a 3008 is simply put a 'higher 308'. If you look over a period of twenty years, you see a similar picture: eleven of the twenty winners are a C-segmenter. The remainder is divided between the A- (2x), B- (3x) and D-segment (4x). Europeans generally like fairly compact cars.

The winners of the winners
If you look at which brands have won the most prizes, then Ford, Opel/Vauxhall and Peugeot share third place with five wins per brand. Renault is doing a little better with six wins. The brand with the most first places, however, has been Fiat for years: they took a cup to Turin for nine times.

The Car of whích Year?
I just mentioned a few times that 'that car won in that year', and that's how I will express myself more often in the coming days, but there is a remark to that. From 1963 up to and including 1974, this way of speaking is correct: for example, the Car of the Year 1965 received that title in the year 1965. But the title was handed out at the end of the year, making it soon outdated. In 1975 it was therefore decided to take a different approach: the car that won the title in that year was called the Car of the Year 1976. That has remained the same for decades. Since a few years, however, the title is no longer awarded in the last months of the year, but in March, at the Geneva Motor Show. That means that the car that wins the title in March 2020 may call itself the Car of the Year 2020. When I connect a year to a car in this series, I am referring to the year in the title the car in question has won. 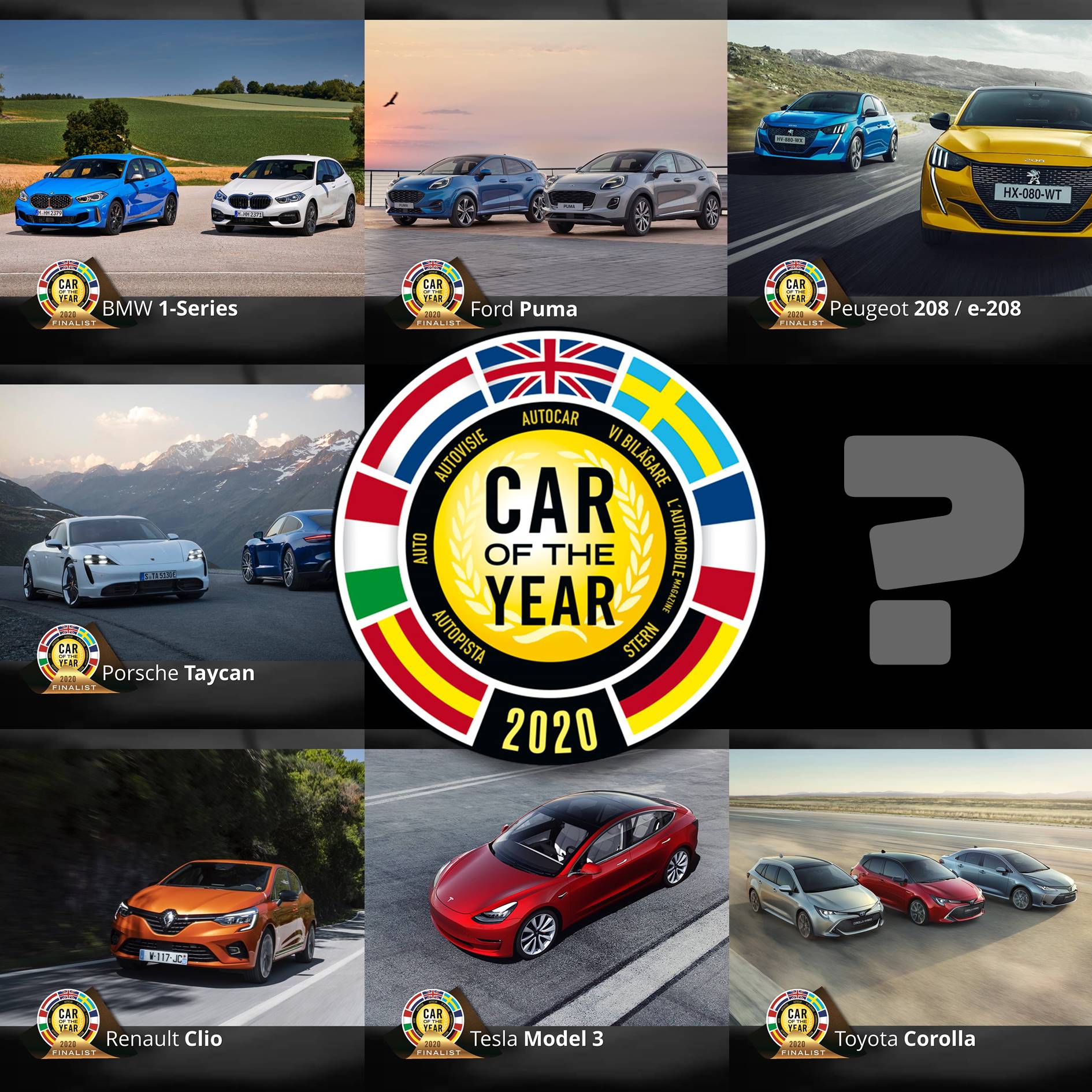 The seven nominees for the title Car of the Year 2020

The nominees of 2020
In a few days we will know which model will receive the title Car of the Year 2020. As mentioned, there are seven nominees in the race: the BMW 1 series, Ford Puma, Peugeot 208, Porsche Taycan, Renault Clio, Tesla Model 3 and Toyota Corolla. Of course I do have my favourite, but I will not (yet) mention which model that is. In the coming days I will first look at the opportunities of each model. Because I have not been able to drive the cars myself, I base my judgment partly on the reports of car journalists. But then again, it's of course also car journalists who determine which car wins the title. In addition to the opportunities, I also look at how each brand in question has done so far in the European Car of the Year election.