I had noticed that the English word boring (annoying, dull) is similar to the Dutch boren (making a hole with a drill), but it seemed far-fetched to me those two words would really be related. Until I heard of a company name with the word boring in it as a joke.

Elon Musk, perhaps best known as the founder of car brand Tesla and space transport company SpaceX, likes a bit of a word play. For example, the letters in the four Tesla models - the Model S, Model 3, Model X and Model Y - together produce 'S3XY'. (The name 'Model E' was already layed down by Ford, so Tesla chose 'Model 3' - the human mind is creative enough to read the 3 between the other letters as E.) When Musk started a department for drilling tunnels, as a 'hobby project' from SpaceX, he called that department - now an independent company - The Boring Company.

A company that drills holes in the ground may sound a bit boring, but what The Boring Company does is not boring at all, certainly because the drilling of tunnels is part of a bigger idea. If you want to know more about that, I recommend the video below. In the meantime, I get the etymological dictionaries to see if the English boring in the two different meanings ('dull' and 'drilling holes') actually have got something to do with each other.

In between: I only knew to drill as an English word for drilling, but to bore also seems to exist. My paper Van Dale dictionary mentions drillen as synonym of boren, which I did not know as an independent word in that sense. There will probably be a difference in nuance between boren and drillen, also in view of the composition drilboor ('hammer drill'). To me drillen seems to me a fiercer job than boren, in contrast to to drill and to bore, although tunnels are also in Dutch geboord, and not gedrild.

The unsurpassed Etymonline teaches me that to bore in the sense of 'making holes' comes from Old English borian. Like the Dutch boren, the German bohren and - I suspect - the Frisian boarje, that word can be traced back to the Proto-Indo-European *bhorh-, which means 'hole'. From the same hypothetical stem come all kinds of different words in many languages, from Norwegian to Greek and from Russian to Indian, including the Latin forare, which means doorboren ('piercing'), which can be recogniced in the Dutch word perforeren and the English perforate: making (small) holes. 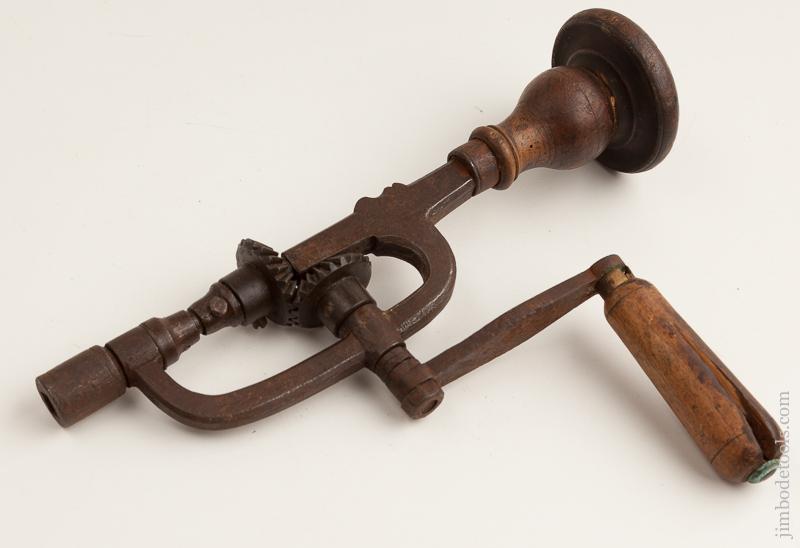 Now the question is still: does the dull boring have anything to do with that hole making boring? Opinions differ on this. The oldest site of bore (both the verb and the noun) and the derived words boring and boredom that is named on Etymonline, dates from 1766. That makes it difficult to say with certainty how the word originated. It could be that it is derived from the perhaps somewhat tedious slow turning movement of a drill that makes a hole - given the dating of course a hand drill. However, the Oxford English Dictionary does not seem to agree with that explanation.

The sentence which, according to some, is the origin of the figurative use of boring in English can be found in a work by Voltaire from 1738: ”Le secret d’ennuyer est celuit de tout dire,” what translated into English shoud be something like 'The secret of being boring is to tell everything'. Now I'm on thin ice when it comes to the French language, and moreover, Google Translate contradicts itself a bit: if I translate the word ennuyer I get boorgat ('borehole') as translation, but when I turn it around, boorgat is translated as forage and ennuyer is not even mentioned as a synonym. My Wolters’ Ster Woordenboek (a student's dictionary) N-F and F-N from 1993 offers no solution either. Nonetheless it seems possible that the double meaning of boring has its origin in French. And it seems quite possible to me that the French came to that because of the perhaps somewhat tedious slow turning movement of a drill that makes a hole. And then the circle would be round again.

PS: If your French is better than mine and you can give a definite answer about ennuyer, then I would appriciate it if you would let me know on Twitter.

WEST GERMANIC
In the West Germanic section every other week I discuss a word that strikes me. I look at the meanings and forms of the word, and especially at where the word originates from. With that I compare the four West Germanic languages Dutch, English, Frisian and German, with the occasional inevitable trip across the fictional West Germanic border.
In the next episode: surprise...!