It is March, and spring has just begun. In Dutch there are two words for this season: lente and voorjaar. This makes Dutch an exception. In English, Frisian and German I also managed to find a second word for this season, but springtime of course isn't a very different word from spring, and foarjier and Frühjahr are less common synonyms in Frisian and German than voorjaar is in Dutch. Another fun fact: Dutch lente is clearly the ancestor of the same Afrikaans word, while Dutch or Low German voorjaar led to Danish forår. And I suspect that vår and vor are shortened versions of that. But you can look that up yourself ;) 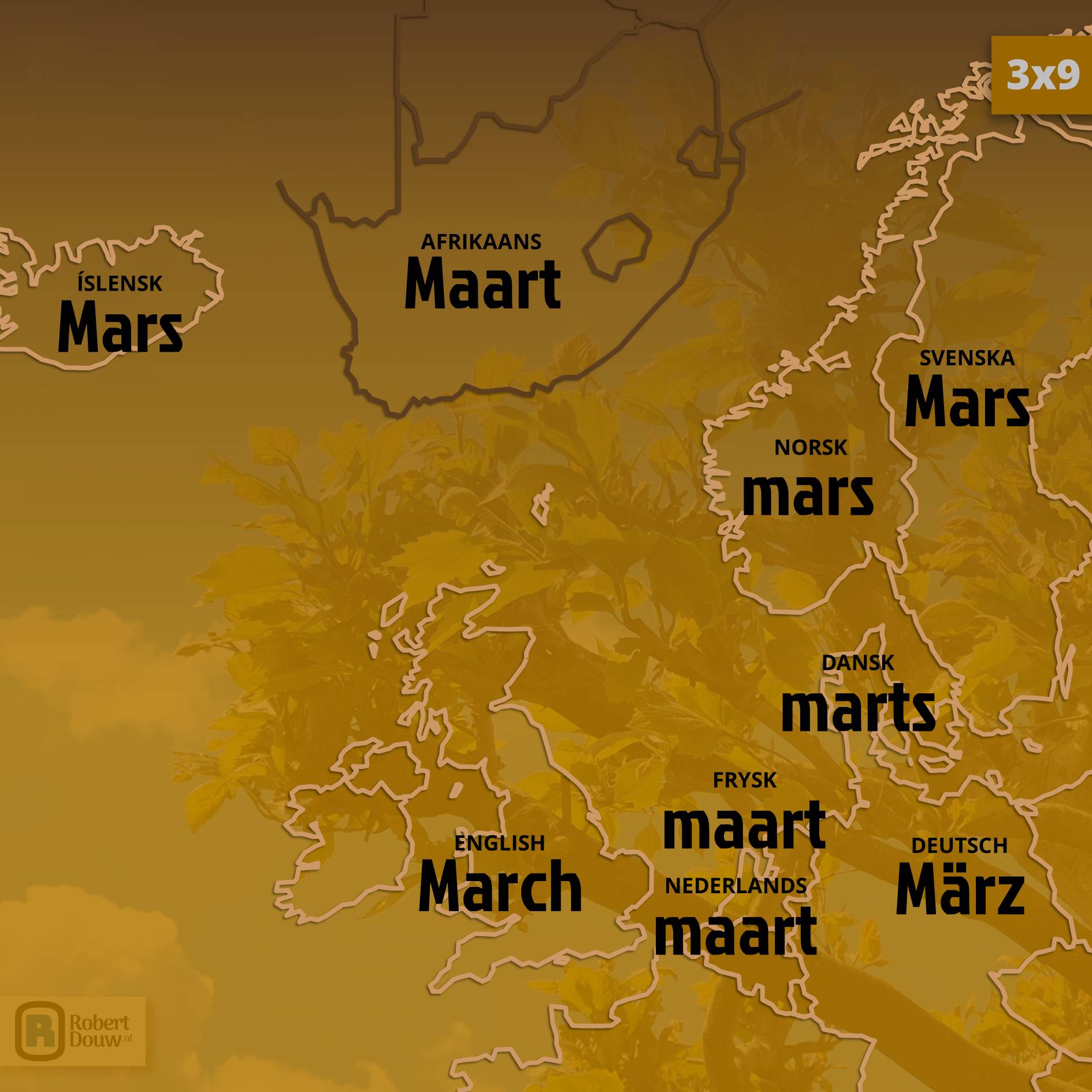 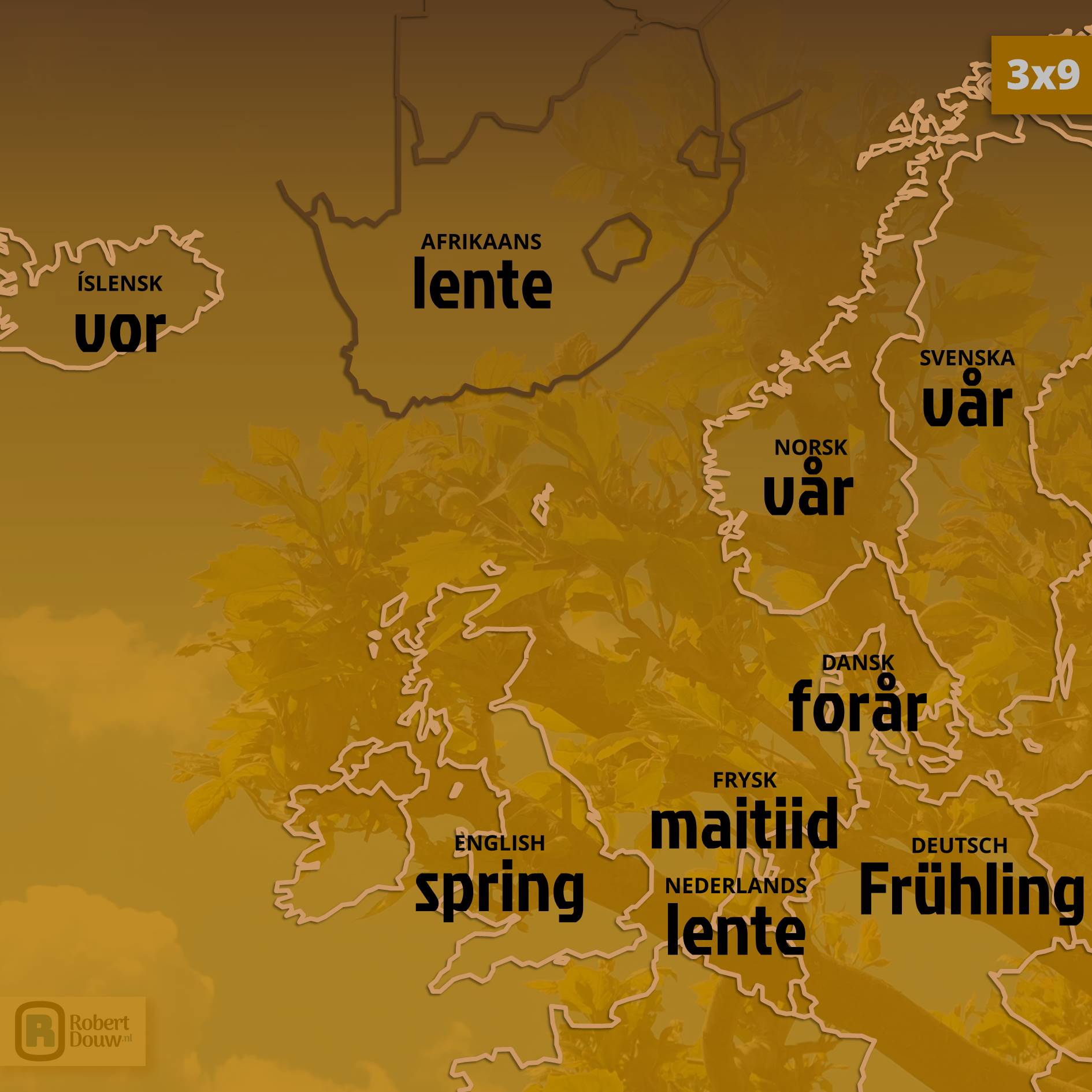 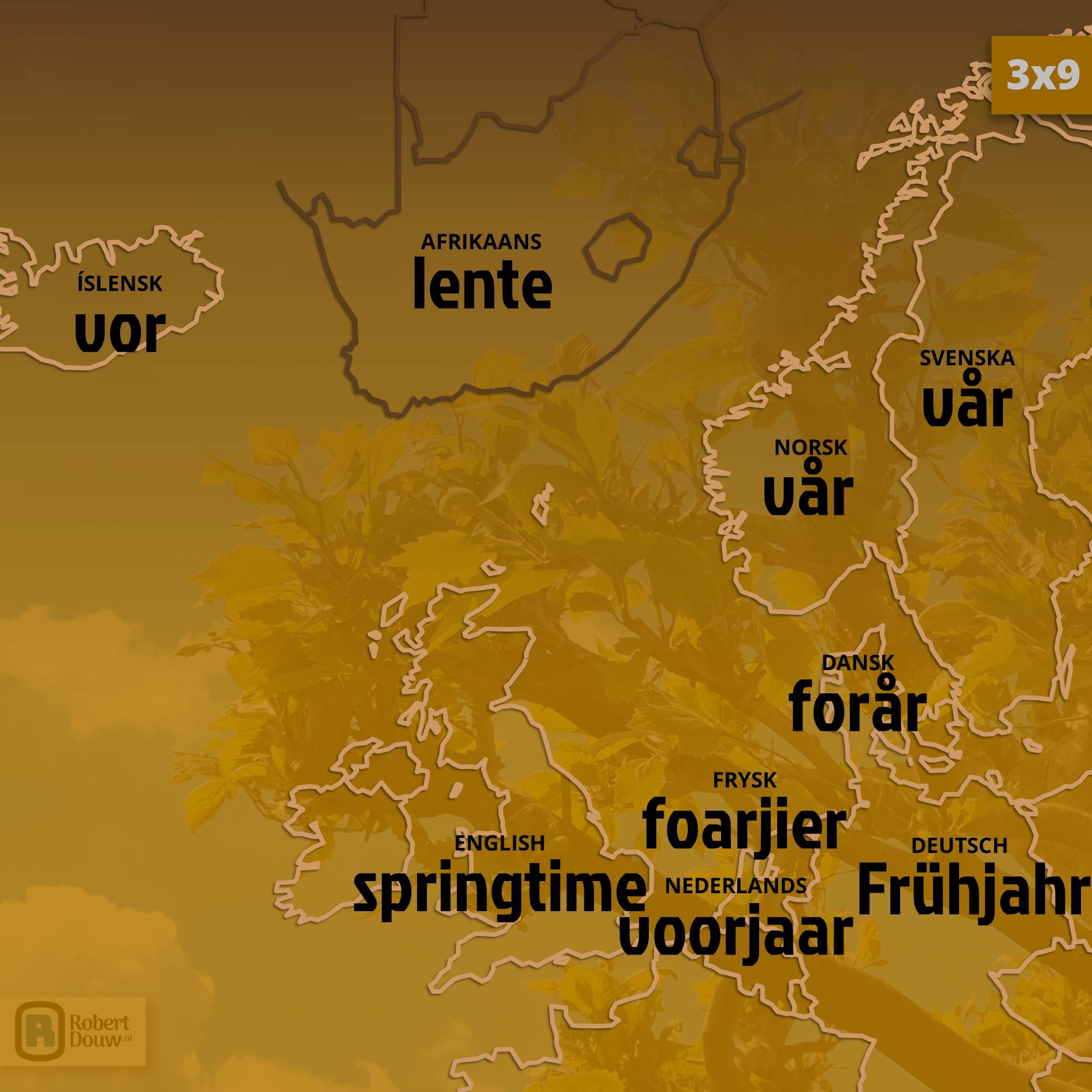