What will be the Car of the Year?

The European Car of the Year 2021 will be announced tomorrow. Exciting...! As every year, a shortlist has been drawn up of seven cars that have a chance to win the coveted title. Those cars were once more put to the test by the jury members, after which they each divided their 25 points among the nominees. Could I predict the outcome on the basis of some statistics (and a little common sense)? 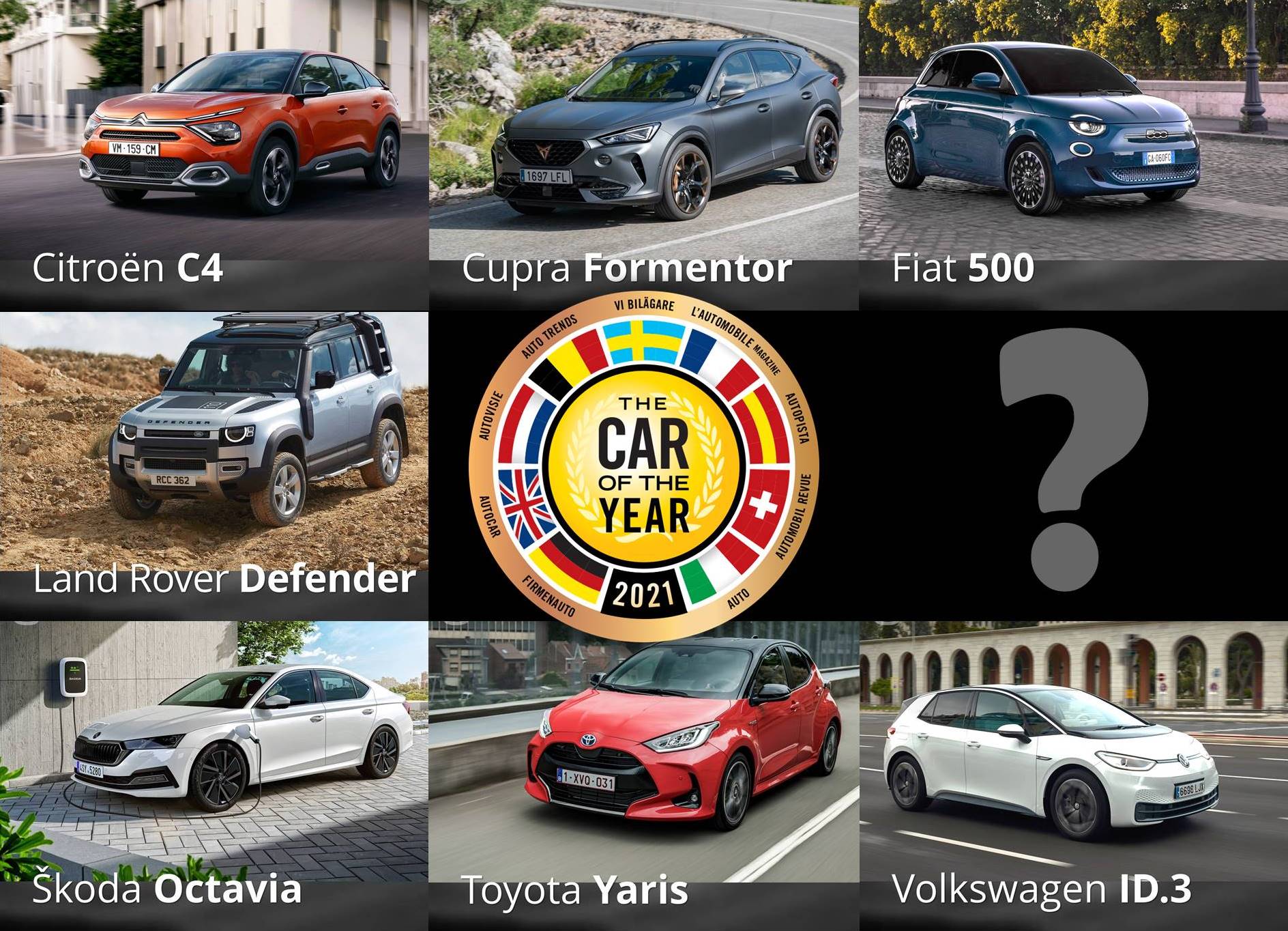 The seven nominees for the Car of the Year 2021 title

The nominees
The nominees for the European Car of the Year 2021 title are, in alphabetical order, the Citroën C4, Cupra Formentor, Fiat 500, Land Rover Defender, Škoda Octavia, Toyota Yaris and Volkswagen ID.3.

Electrically powered cars play an increasingly important role in the automotive world. An important nominee is therefore the fully electric Volkswagen ID.3, which, according to the brand, should relate to the Golf as the Golf related to the Beetle in the 1970s. Is the ID.3 indeed such an important innovator? More about that in my prediction. The new Fiat 500 is (for the time being?) also only available as an electric car, the 500E. There's a choice of a three-door hatchback, a two-door 'convertible', or – very original – a 3 + 1. The Citroën C4 comes with combustion engines, but is also available as the fully electric ë-C4. Citroën thus offers the most different options to the consumer. The Cupra Formentor does not have an electric version, but it is available as a plug-in hybrid. This also applies to the Land Rover Defender and Škoda Octavia. The Yaris is available as Hybrid; Toyota does not supply a fully electric version.

The statistics
Last year I told about the origin of the election and listed a number of trends. The latter are particularly interesting for now. It's also good to know that the cars are assessed on design, comfort, safety, economy, driveability, performance, ease of use, environmental aspects, driving pleasure and price. Each jury member chooses what matters most, but all in all, the more everyday models have the best chance of a win. Looking back at the Cars of the Year of 2020 and before, the following is striking: 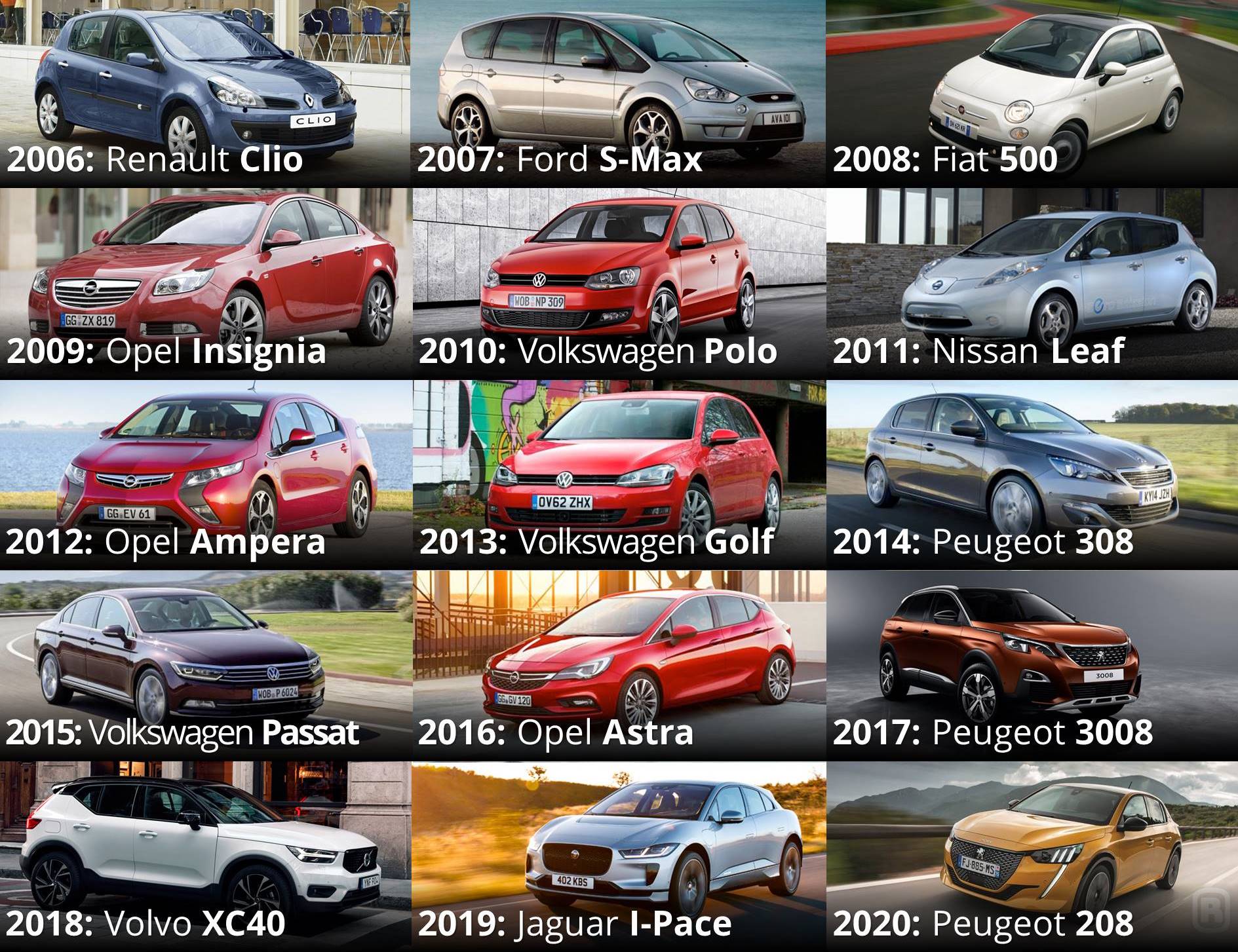 The previous fifteen winners of the Car of the Year title

The prediction
What will the result look like if we take the mentioned statistics as a starting point? Let's walk through them one by one:


All in all, the statistical yardstick yields the following ranking:
Still, I don't think this will be the result. There is more that plays a part in the election than the points I have looked at now. As mentioned, the cars are judged on design, comfort, safety, economy, driveability, performance, ease of use, environmental aspects, driving pleasure and price – almost all quite subjective. In addition, things for which no points are awarded can count towards the judges' preference. Nothing human will be foreign to them.

The Land Rover has the added advantage that it is the long-awaited successor to an icon, and is highly rated. The latter also applies, to a slightly lesser extent, to the Fiat 500. Moreover, it is the first completely new model from Fiat in a long time and is also the first fully electric model of the brand. In addition, the design is not only a reinterpretation of the previous 500, but also of the original model. It's not easy to make a balanced and contemporary design out of that, but Fiat has succeeded wonderfully. The 3+1 is a small extra bonus. And then there is the ID.3, the long-awaited and with grand words announced first fully electric Volkswagen. That model was plagued by software problems in the final phase of development, which led to the car being introduced with an incomplete multimedia system. Sloppy. But it doesn't stop there: according to some media, there are complaints among ID.3 owners about malfunctions with the electronics, navigation, ease of use and range. According to those media, some cars should be returned to the dealership for a critical update. It seems to me that this could have some negative impact on the odds for the ID.3, as far as the problems were already known when the judges divided their points. And like this, there's something to be said about promoting or hindering factors with each model.

My guess is therefore that the final list is closer to the following:


Tomorrow I will tell you which car won and whether my prediction comes closer than the list based on the statistics. Fingers crossed...