Two weeks ago I wrote about the sûpe in sûpengroattenbrij. Now I'm going to look at the groatten, or in Dutch the gort. Those words appear to be part of an entire web of words with more or less similar meanings.

Let's take a trip through the field of West Germanic translation first. In German gort is called Graupen and in English that shelled barley is called pearl barley. For broken barley, however, they use the word groats, which looks more like the rest. The Dutch word gerst also seems to be clearly related, so let's translate that as well: koarn in Frisian, die Gerste in German, barley in English. Here's why I'm always long in looking up words in a dictionary: with koarn I immediately wonder if there is a link with koren or corn (I think there is) and with barley I immediately hear Sting sing about fields of barley ... 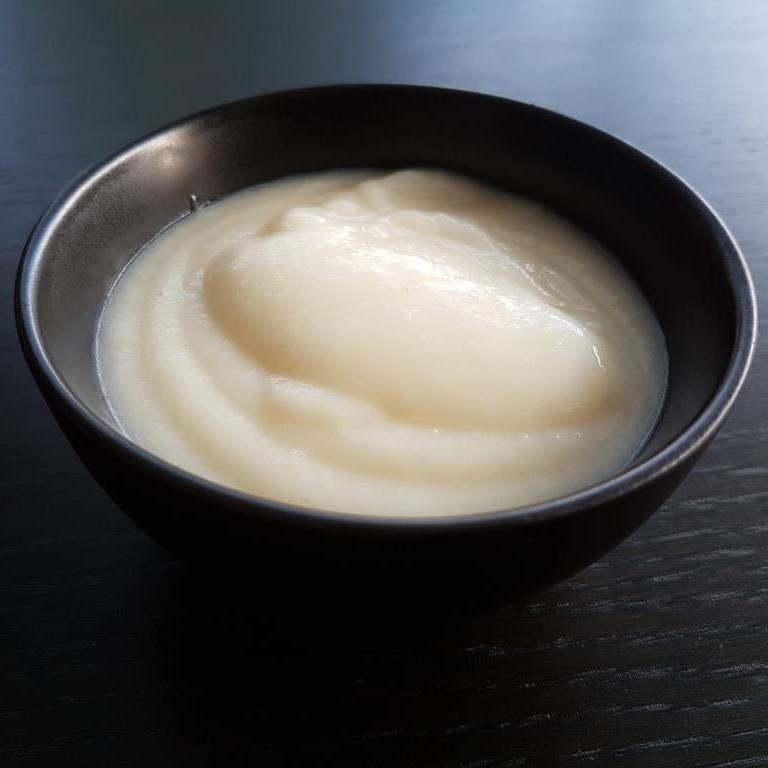 Back to the barley. Gort (pearl barley) is an alternative form of grut, which means "gruis, kleine dingen'; verbrijzeld graan" ('grit, small things; crushed grain'), according to the EWN. The word grut (something like 'small fry') is sometimes used to refer to children; after all, they are small as well. Also gries as in griesmeel (semolina) and gruwel (somewhat similar to English gruel) as in watergruwel (another word for krentjebrij, a porridge-like dessert with juice of berries) are descended from the heir word grut. I find it funny that grut in Frisian means large. (Though the Frisian grut is pronounced with a 'g' as in English goal, as always when you see a 'g' in Frisian at the beginning of a word, in contrary to the Dutch 'hard g'-sound: [ɣ] in the International Phonetic Alphabet.) The EWN mentions a source that says that groot (large) is a related word, because it would originally also mean "thick" or "coarse-grained". So words for small and large turn out to be not only contradictions, but also etymological relatives.

In Dutch with gort not only the vowel has been changed in relation to grut, but also the 'r' has shifted. There's a name for that, and after some searching I found it: metathesis. That is a form of transposition of sound, which you also see with words for Christmas: kerst in Dutch and kryst in Frisian. Clicking through on Wikipedia, I learn that withgort we are dealing with a doublet, "a group of two or more words in the same language with different phonological forms but the same etymological root". So when Donald Duck calls 'Grote grutten!', (literally 'large grits', meaning something like 'Great Scott!') he uses a doublet. Learned something again!

The EWN reduces gort via grut with a lot of intermediate steps and variants to the Frankish greot, among other things. The OED reduces groats via grit to Old English greot, which means "sand, dust, earth, gravel". Frankish is a collective name for West Germanic languages and Frankish dialects spoken by the Franks, and is therefore not the same as Old English. Yet I think it is quite possible that the Frankish and Old English greot is the same word or has the same origin. However, I'm not sure about that and can't find it in my sources.

Now it may seem that all the words that are somewhat resemble gort and have something to do with grit, are related to each other, but that doesn't seem to be the case. It seemed very obvious to me: in Frisian barley is grôt - take the hat off the 'o' and you have a rock cavity: a grot (cave). If some of that rock crumbles here and there, you have grit, and you're done. But that appears not to be the case: grot comes via the French grotte and the Italian grotta from the Latin crypta. Crypta, that reminds me off... No, I'll leave that association for another time...


WEST GERMANIC
In the West Germanic section every other week I discuss a word that strikes me. I look at the meanings and forms of the word, and especially at where the word originates from. With that I compare the four West Germanic languages Dutch, English, Frisian and German, with the occasional inevitable trip across the fictional West Germanic border.
In the next episode I finally get to the pap and the brij. And via the gruel back to the gruwel…