On March 2nd will be announced which car may call itself the Car of the Year 2020. In this mini series I count down to that moment, by discussing one of the seven nominees every day. I try to estimate the odds of every contender and put the model and brand in a historical perspective. With six days left, today it's the turn of the Ford Puma. 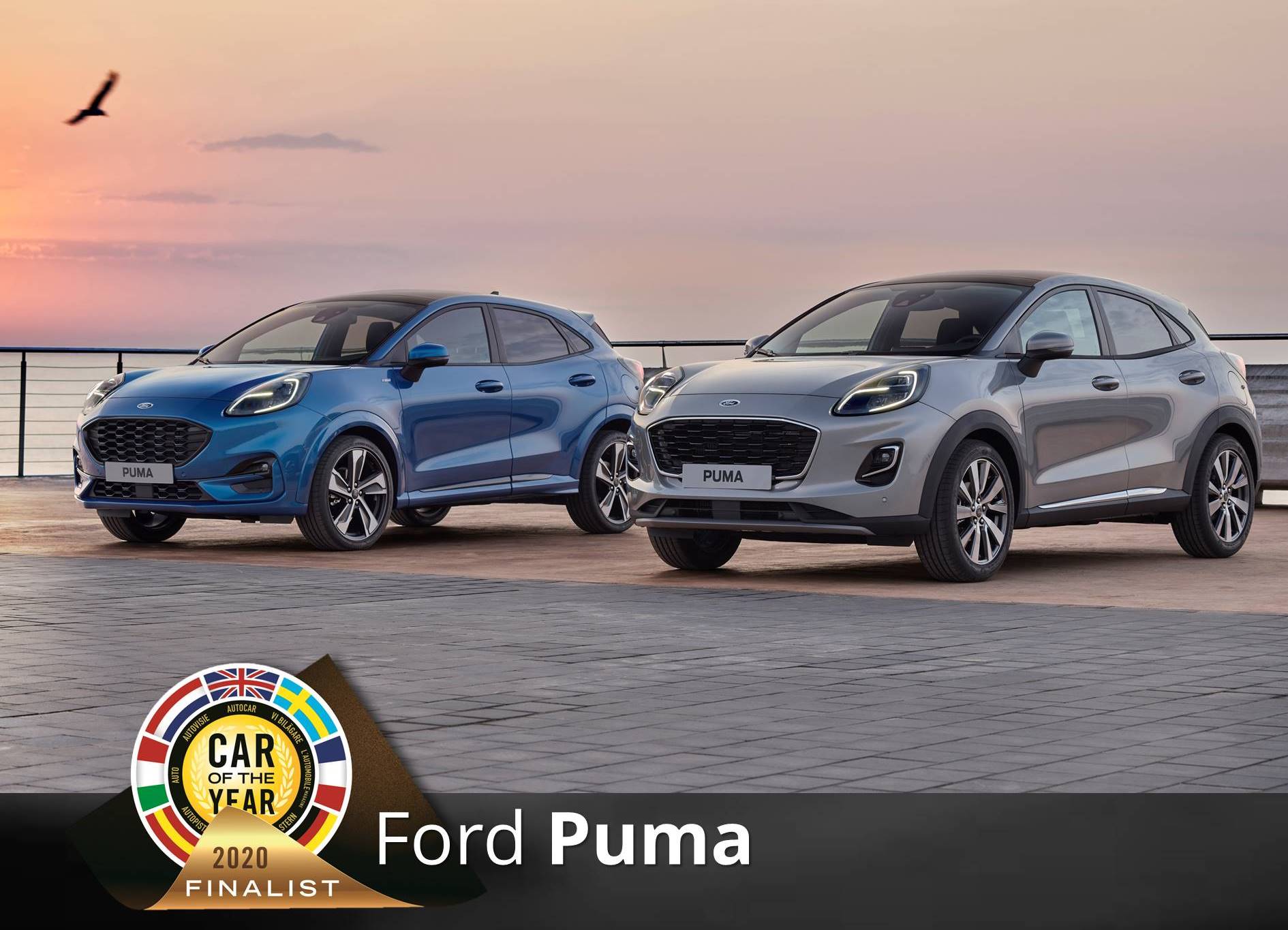 Front view of the Ford Puma in two different versions

The pedigree of the Puma
The Ford Puma that has the chance to win the Car of the Year 2020 title is a completely new model. The name Ford Puma may nevertheless sound familiar, because from 1998 to 2002 Ford built a little coupé based on the Fiesta under that name. The new Puma, just like its older namesake, falls into the B segment. In the SUV line-up of Ford, it comes between the EcoSport – despite its name in fact not a very sporty model – and the Kuga, which is about the size of the Focus. Because the new Puma is marketed as a dynamic SUV, Ford found it justified to dust off the name of the coupé. It does sounds good, of course, 'Ford Puma'.

The odds of the Puma
Ford markets the Puma as a 'sporty SUV'. That's reflected in the car, both in a positive and negative sense. The good thing is that the car looks dynamic for an SUV and that it is a lot more fun to drive than its competitors. The disadvantage is that the leg and headroom in the back is only just adequate. However, this is made up for by the largest luggage space in its class, with a separate compartment underneath (the 'Megabox') which you can spray clean with a hose. I think most people more often bring a lot of luggage than having adults in the back of the car, so in my opinion Ford has made a good choice. However, not everyone will think that way. Other assets: a digital dashboard (which I find a bit outdated, however), zip-off seat covers and regeneration of the braking energy, which provides an extra boost when accelerating without costing much extra fuel. The Titanium has a different appearance from the ST-line and a different finish in the interior. As a result, the car probably appeals to a wider audience.

Will the Puma be the Car of the Year 2020?
The biggest asset of the Puma is that it's a good drive. I think it also looks good, especially with the ST-line. It's a strong addition to a popular segment. Therefore I expect the Puma to sell well and to stand a good change of winning the title; a rank among the first three must be feasible.

Tomorrow the third nominee: the Peugeot 208.