On March 2nd will be announced which car may call itself the Car of the Year 2020. In this mini series I count down to that moment, by discussing one of the seven nominees every day. I try to estimate the odds of every contender and put the model and brand in a historical perspective. With five days left, today it's the turn of the Peugeot 208. 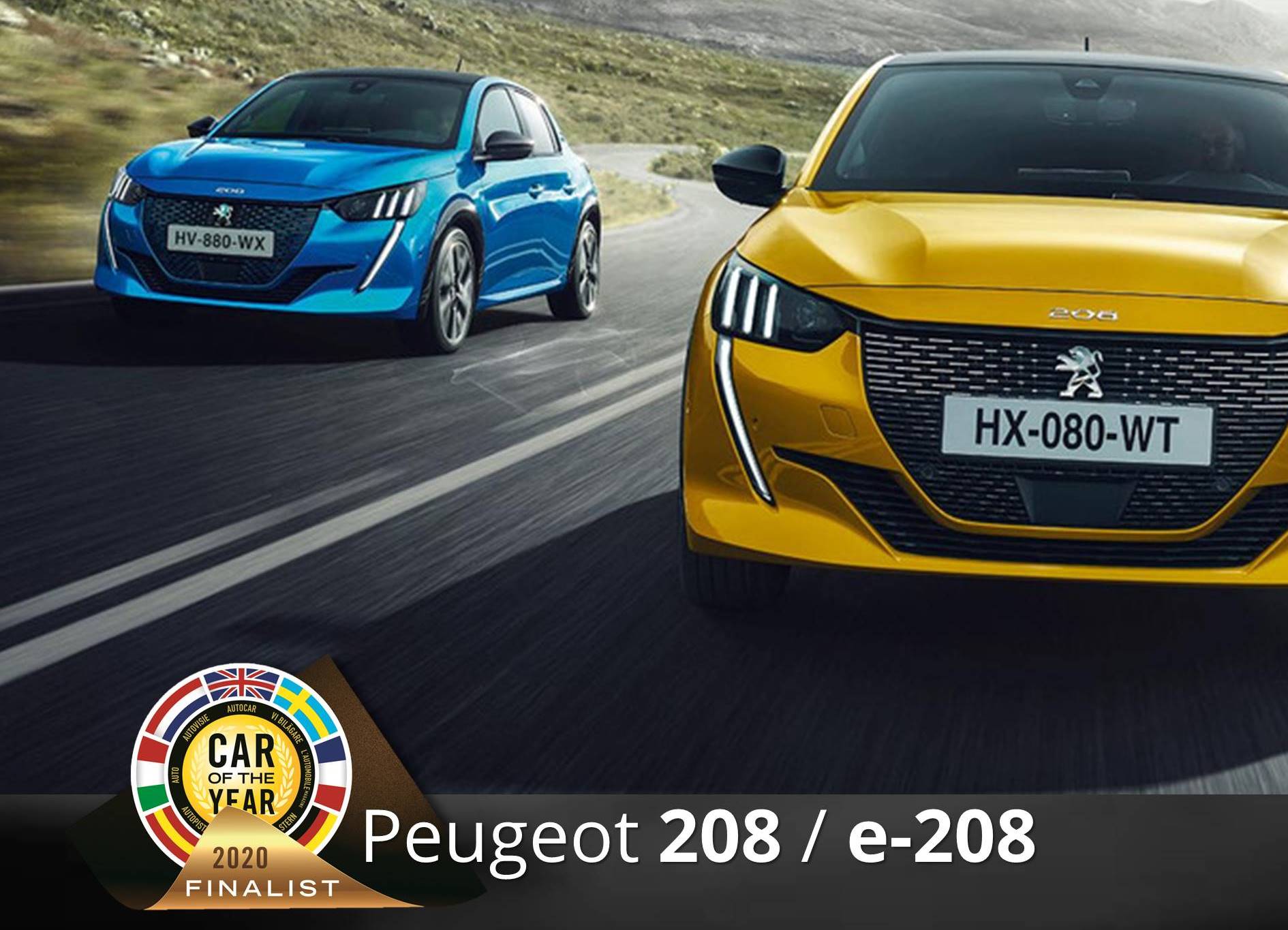 The pedigree of the 208
At the press release of the new 208 there was another little Peugeot in the studio: the 205. For the design of the 208 Peugeot has emphatically looked at that hit number. Another Peugeot hit, the 206, was not present in the studio, but that could have been just as well for me, because there is enough of that car's design to be found in the new 208. I write 'new 208', because its predecessor was also called 208, although it was a totally different model. That 208 was the successor to the 207, a model that I think was misunderstood. As said, the predecessors of the 207 were the 206 and 205. If we go back in time a little further, the 104 could be considered a precursor. In the time before hatchbacks became popular in Europe, Peugeot had the 204 on offer, which you could also see as a precursor to the 205. The 204 was preceded by the 203, the 202 and the 201. And so the pedigree of the 208 goes back to 1929. Ninety years after the 201, Peugeot for the first time introduces their 20x as well as an electric car: the e-208. However, that's not the first small electric Peugeot based on a model with an internal combustion engine: the 106 Electrique dates back to the 90s. That model has remained a rarity – quite unlike the e-208. In France, the 208 was the best-selling car in January of 2020; 26% of that was an e-208.

The odds of the 208
There are many things the 208 has going for it. The car looks good (or at least it has a distinctive design), drives nicely and has a beautiful interior with a 3D screen in the i-Cockpit. The latter is the combination of high positioned counters and a small steering wheel – for me a decisive argument for choosing a Peugeot, but many car journalists seem to have trouble getting used to it. The most important innovation of the 208, however, is the e-208: the same car, with as much seating and storage space as a petrol or diesel version, but with an electric drive. It comes with additional services, such as a petrol replacement car if you want to go on holiday but do not come across enough charging points along the way. With that, Peugeot contributes to the normalization of the electric drive, and that could well be rewarded with extra points. Of course there are also downsides: the space in the back is no better than it should be – although this also applies to the Puma and Clio –, the luggage space has a fairly high lifting threshold, the load floor isn't flat when the rear passenger seats are folded, and the car is more expensive than the competition.

Will the 208 be the Car of the Year 2020?
The e-208 is an electric car that can be charged faster than some competitors that are only available as electric cars. In addition, the battery pack in the e-208 does not take up any extra space and Peugeot thinks along with customers having worries about the range of the car. Apart from the electric drive, the 208 is a nice looking car and a smooth ride. I think the 208 at least makes it to the top 3. It's my personal favorite.