In part 1 I told that as a child I didn't really like the Volvo 343 and that the car was developed in turbulent times. In this sequel you can read how BMW influenced the design process of the P900 and why the P900 came onto the market as Volvo 343. I also answer the question I asked at the beginning of part 1: why is the 343 nevertheless one of my classics? 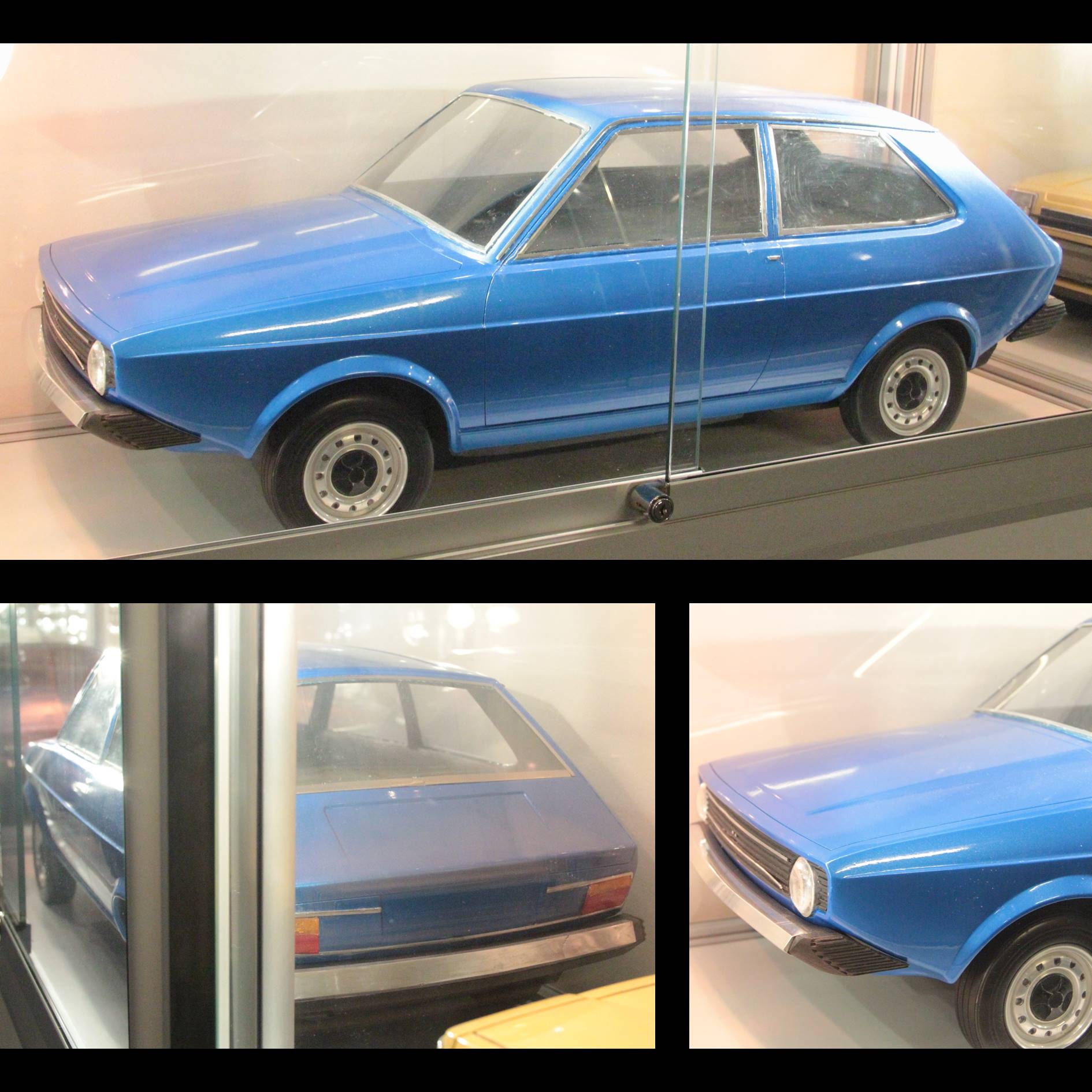 A scale model of an early design for the Daf P900

Into business with BMW?
BMW was interested in selling the Daf 55 through their dealers. The other way around, Daf thought the 1300 to 1500 cc engine BMW was developing, was interesting for their P900. Delegates from both companies viewed each other's current projects. As can be seen from the blue scale model in the pictures above, Daf envisioned the P900 to be a hatchback with a fairly straight-sloping back, until then. BMW indicated that it would prefer to see a model with a 'little butt', so the design was adapted at Daf. This part of the design would continue to exist; the P900 came onto the market with it. As we saw with the Daf 55, Daf's design style was in keeping with that of BMW, partly because they both cooperated with Michelotti's design agency. In the end, both brands decided not to go into business together. A 33% share in Daf was financially difficult for BMW and BMW could probably not supply the new engine to Daf until 1975, which would be too late for the P900. Salient detail: nowadays the BMW X1 is built in the former Daf factory, now called VDL NedCar. What's more, the factory in Born also produces cars of a brand that was incorporated by BMW and that specializes in smaller cars... Unfortunately, that brand is not Daf, but Mini. 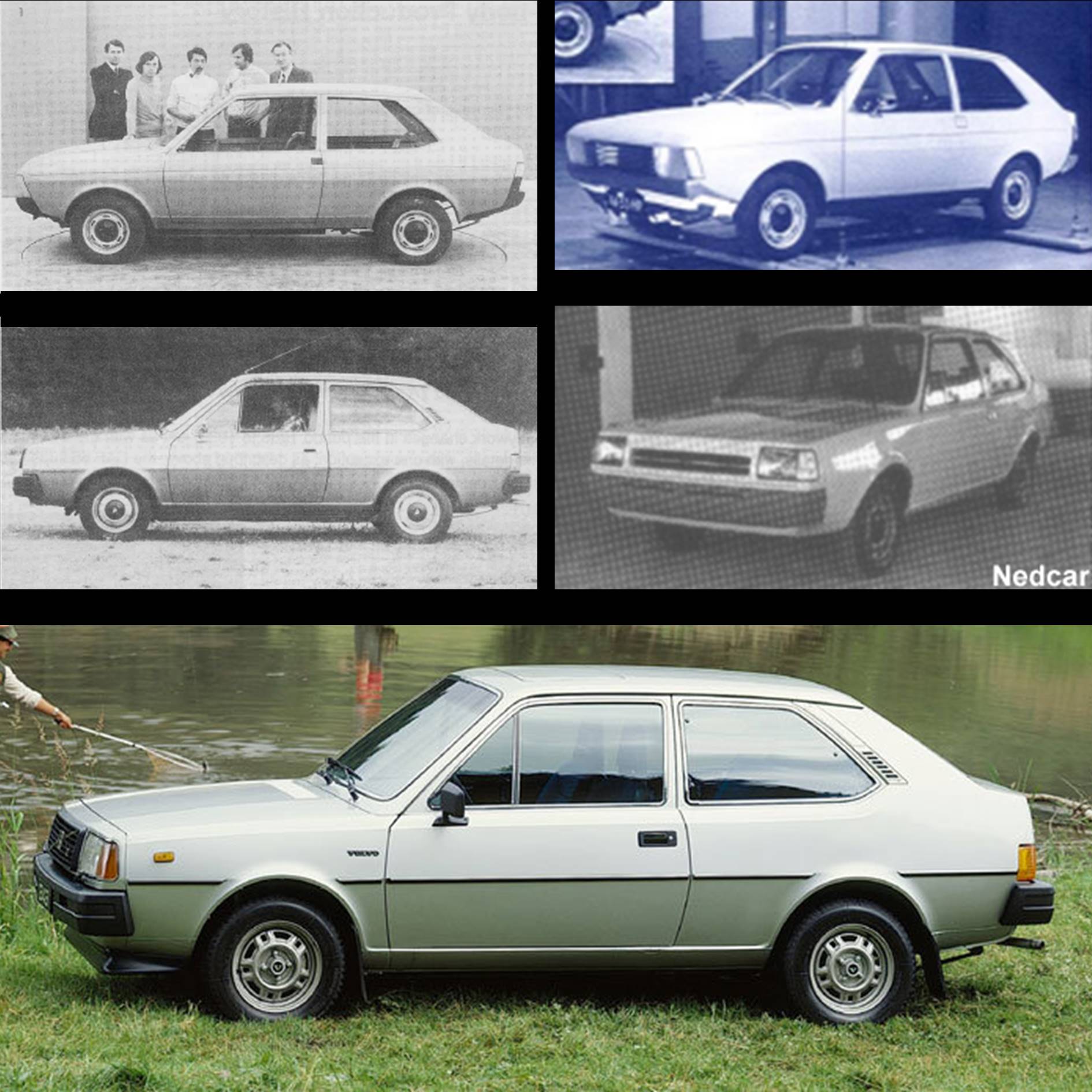 Daf Car becomes Volvo Car
In 1973, Volvo did take a 33% share in Daf. Three years later that share had increased to 75% and the remaining 25% was no longer owned by Daf, but through DSM by the Dutch government. At that time, the design for the P900 was adapted to Volvo's requirements and corporate identity, with which the design lost some of its elegance. The nose in particular was adjusted: the headlights and grille were placed a little higher in the front and became a bit more upright. The bumper below it became a lot thicker than in the Daf design, in line with other Volvo's of the time. The model first came onto the market only as a three-door called 343, but later got company of the five-door 345. Later still, in 1982, the two hatchbacks were renamed 340/360 (the latter had a 2.0-liter engine) and in 1983 a four-door sedan was added. Altogether, 1.14 million cars were built of the 300 series, and that's more than all 808,597 Daf models from 1959 to 1975 combined. Whether the model would have been as successful as Daf, or perhaps even more successful, is of course impossible to say, but it would propably have been the most successful Daf ever. That's why I think it's a shame Volvo completely dropped the Daf name in 1975, and I wonder if that was a good choice. I think Daf could very well have existed as an affordable brand alongside the more expensive Volvo, such as Škoda or Volkswagen next to Audi and Toyota next to Lexus. 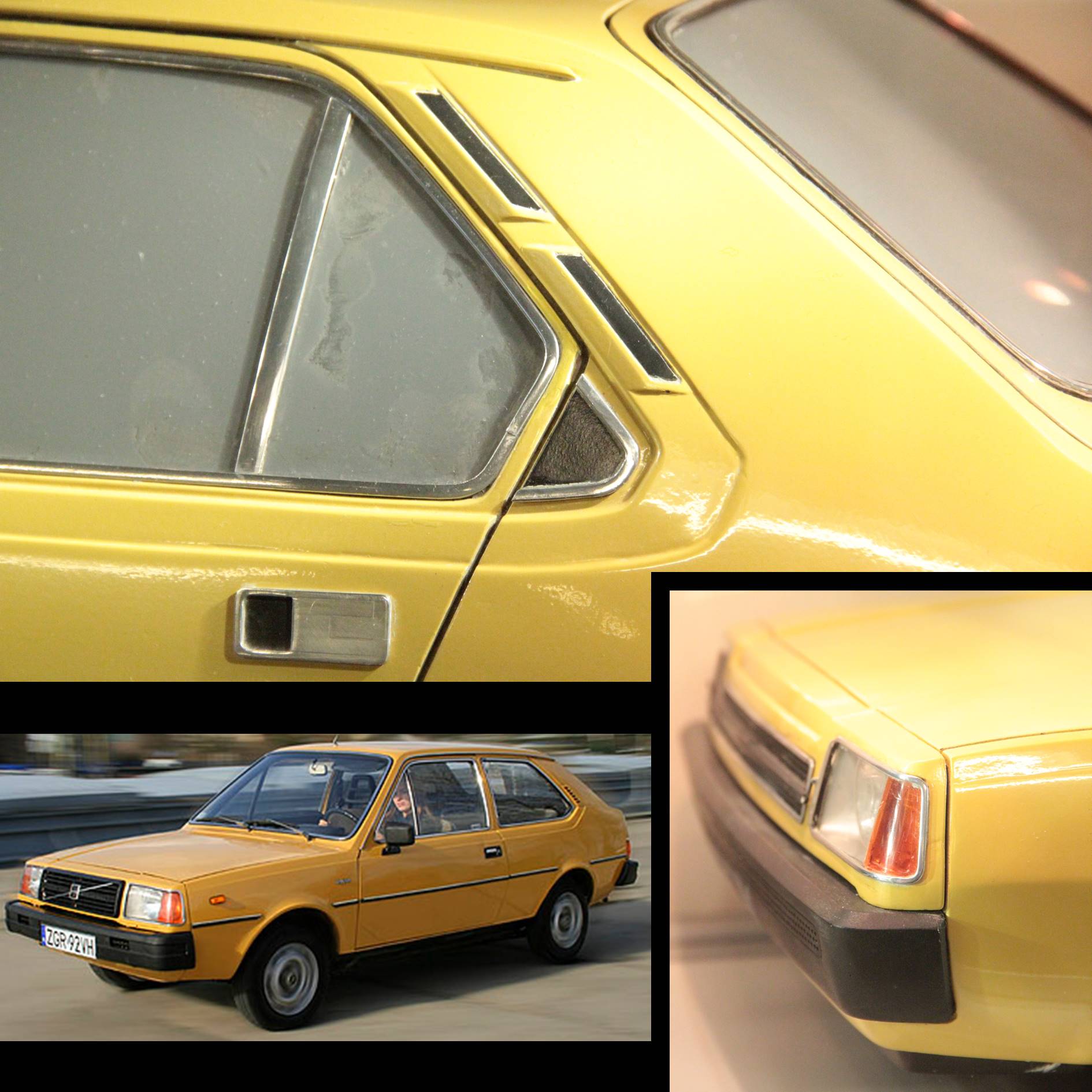 A late scale model of the Daf P900, with a flatter grille and different C-pillar ornaments than on the 343

The most beautiful lines
Then the question remains as to why the Volvo 343 is one of my classics. That has everything to do with what I wrote in my first blog in this series. The Volvo 343 is the only car developed at Daf, which I also knew from the daily street scene. As a result, it was in line with my childhood fantasy of having my own, Dutch car brand. That's why I took the 343 as a source of inspiration in one of the cars I drew as an adolescent. In the front I drew a flatter grille, as I had seen on a scale model of the P900 in the Daf Museum. At the back I implied a 'little butt', but I filled the space above with high rear lights. I did adopt the most beautiful lines of the P900/343 as it was: the underside of the side windows and the parallel running crease underneath, which rise at the rear with a kink and come together after the kink. That same line was on the P300, by the way. I liked the shape of the side windows and the parallel line so much that I used similar lines in the headlights in my design. And so, once again, it's personal memories that help turn a model into one of my classics.

Update: A modern interpretation
A few days after posting my story about the P900, I remembered wanting to add something. Because while my 343-inspired design is of course pure fiction, a few years ago Volvo unveiled a design to which that doesn't apply. In 2016, the brand showed the
concept car Study model; often see a show car to gauge responses
40.2. Volvo naturally looked to the future with it, but the first thing I saw was a modern interpretation of the 300 series. You can compare the models yourself in the image below. In addition to the appearance, including the 'little butt', the rising kink in the window line and the line across the flanks that is interrupted by the wheel arches, there is another parallel: the 40.2 was also developed under a different brand name than it comes onto the market with. As from 2020, it can be purchased as Polestar 2, an electric car. With an automatic gearbox. Like... Exactly. 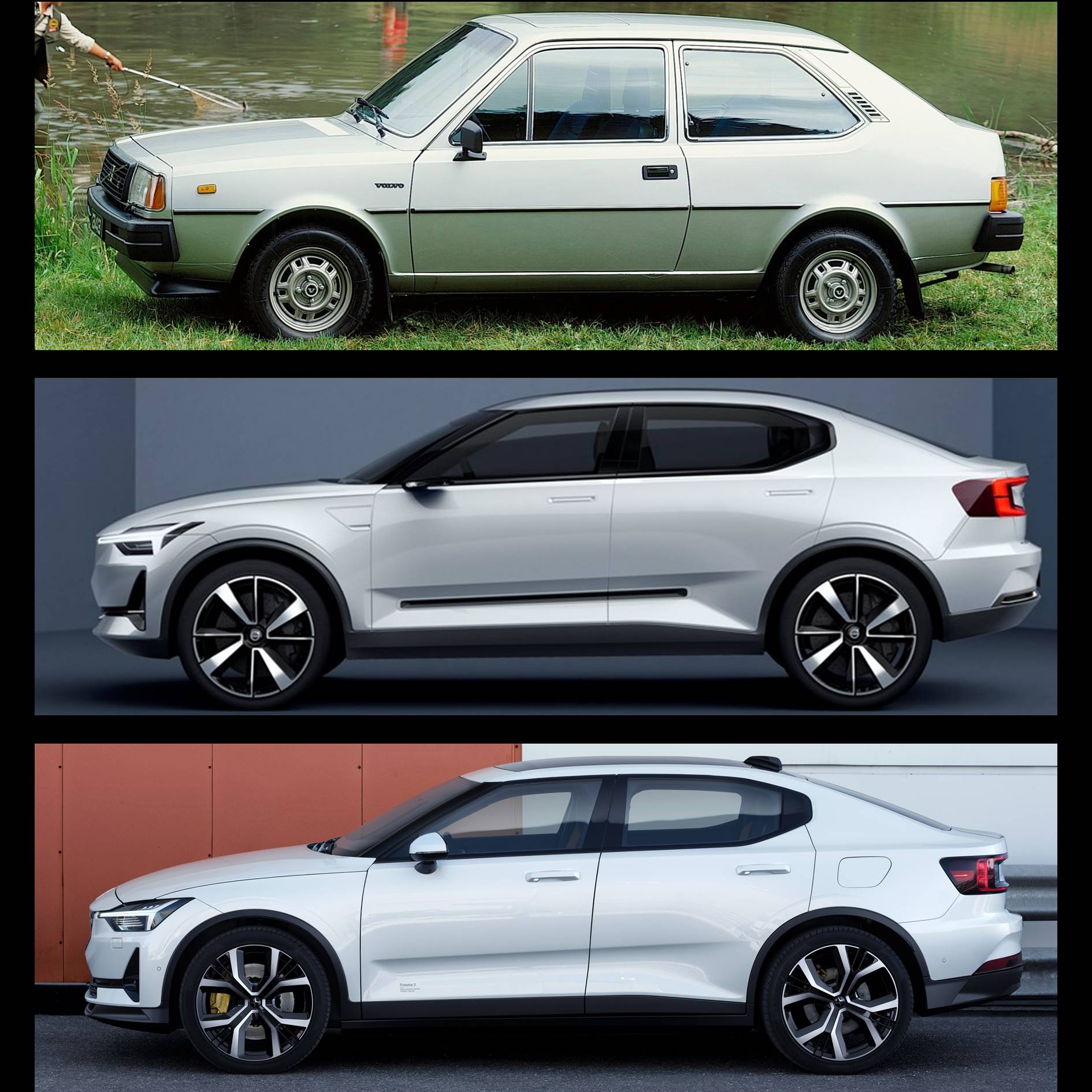 MY CLASSICS
In the My classics section, I regularly add a model to my digital collection of classics. For that, I select cars whose design appeals to me or evokes memories. So nostalgia, and very subjective. Hence the section title: my classics.
In the next episode: The last Dutch Daf offspring...


The photos in the Daf Museum I made myself. Unfortunately, I was unable to trace the source of the uncredited photo. I apologize to a potential rightful claimant and request them to contact me.