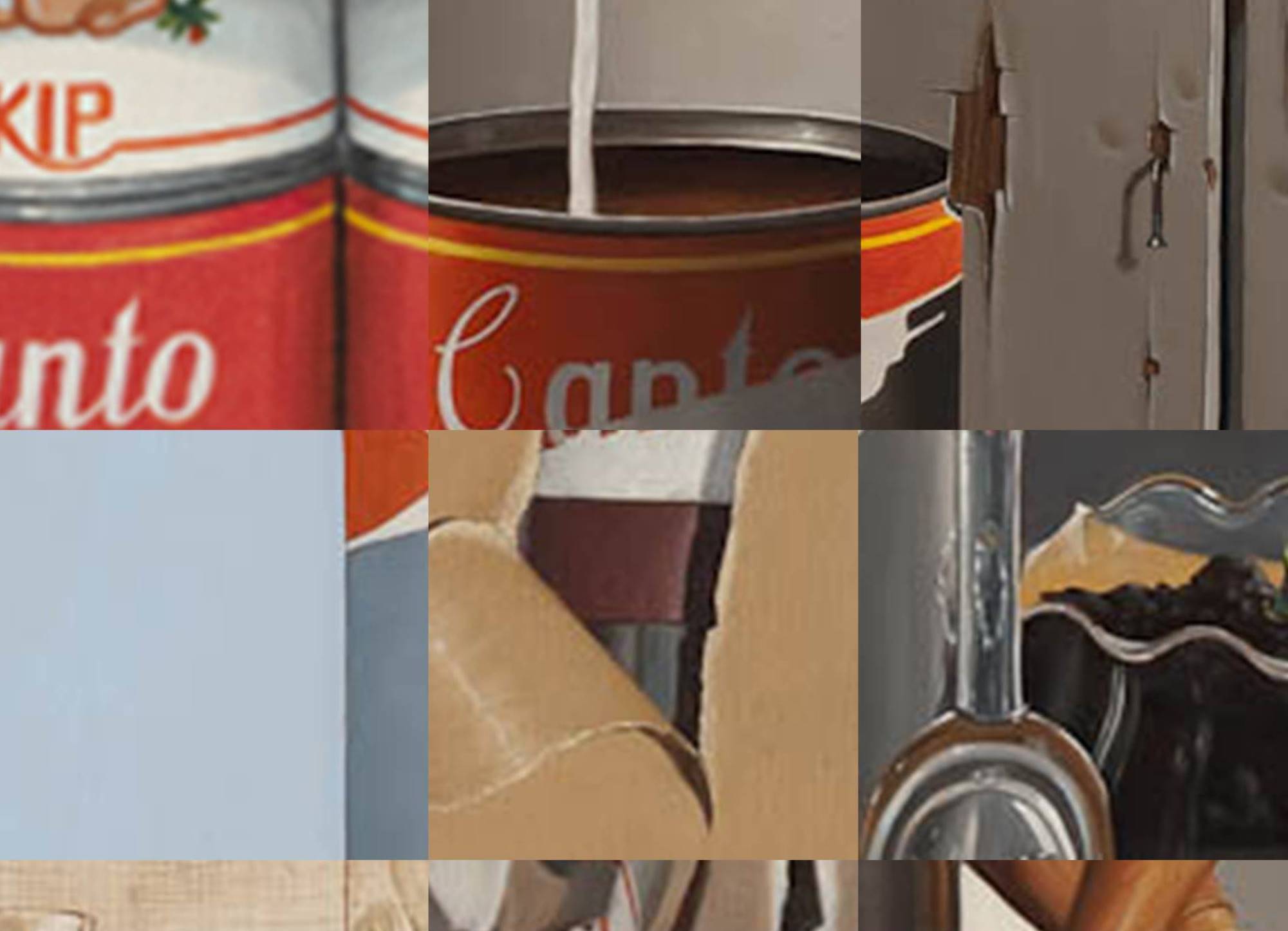 People like to think in frameworks, structures and systems; that makes life a bit clearer. In reality, the boundaries of those frameworks (languages, art movements, school subjects, etc.) are often vaguer than we let ourselves believe. Funnily enough, a series of works of art that illustrates this pre-eminently at the same time exists thanks to a strict framework of five basic assumptions.

The biggest surprise
In the northeast of Groningen, about seven kilometers from the Ems, lies the town of Appingedam. On the edge of that town, hidden behind greenery, is a historic farm, where Museum Møhlmann opened in the autumn of 2008. A very surprising museum: it is much larger than I expected at first sight and the permanent collection contains several works that appeal to me, say at the level that I would like to write a piece about them. So that's what I'm doing right now about one of those surprises, the biggest, which is upstairs. This is not a single work, but an entire collection! 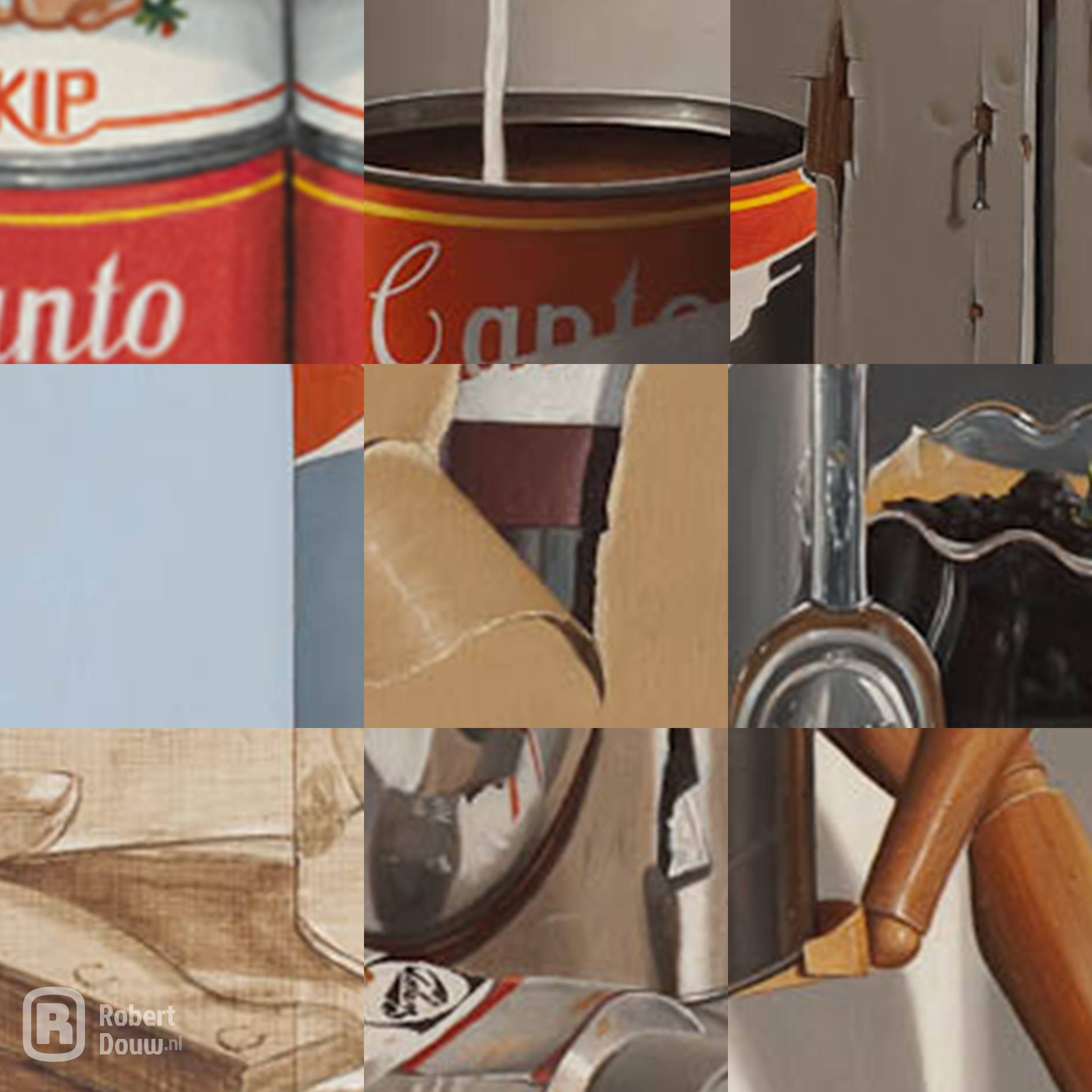 Collage of nine works from the Canto Collection: on each painting the can is exactly in the middle

Piece of junk x 124
'Even the most everyday piece of junk that is part of the assumed 'known' reality would accommodate enough artistic potential for a painter to last a lifetime.' That is what Rob Møhlmann stated in the early 1980s, out of annoyance at the prevailing rejection of realism, also called 'kunst die wat voorstelt' ("art that represents/depicts something") by Møhlmann. It resulted in a unique project that would last eleven years, but could have gone on indefinitely. In 1982 – when I was still in the prenatal stage – Rob Møhlmann started The Canto Project, later renamed Canto Collection: 124 paintings, all of which are still in the possession of the artist and museum director, making the entire collection accessible to the public and to be viewed in its entirety, supplemented by some of the painted objects and a few 'scribbles'. 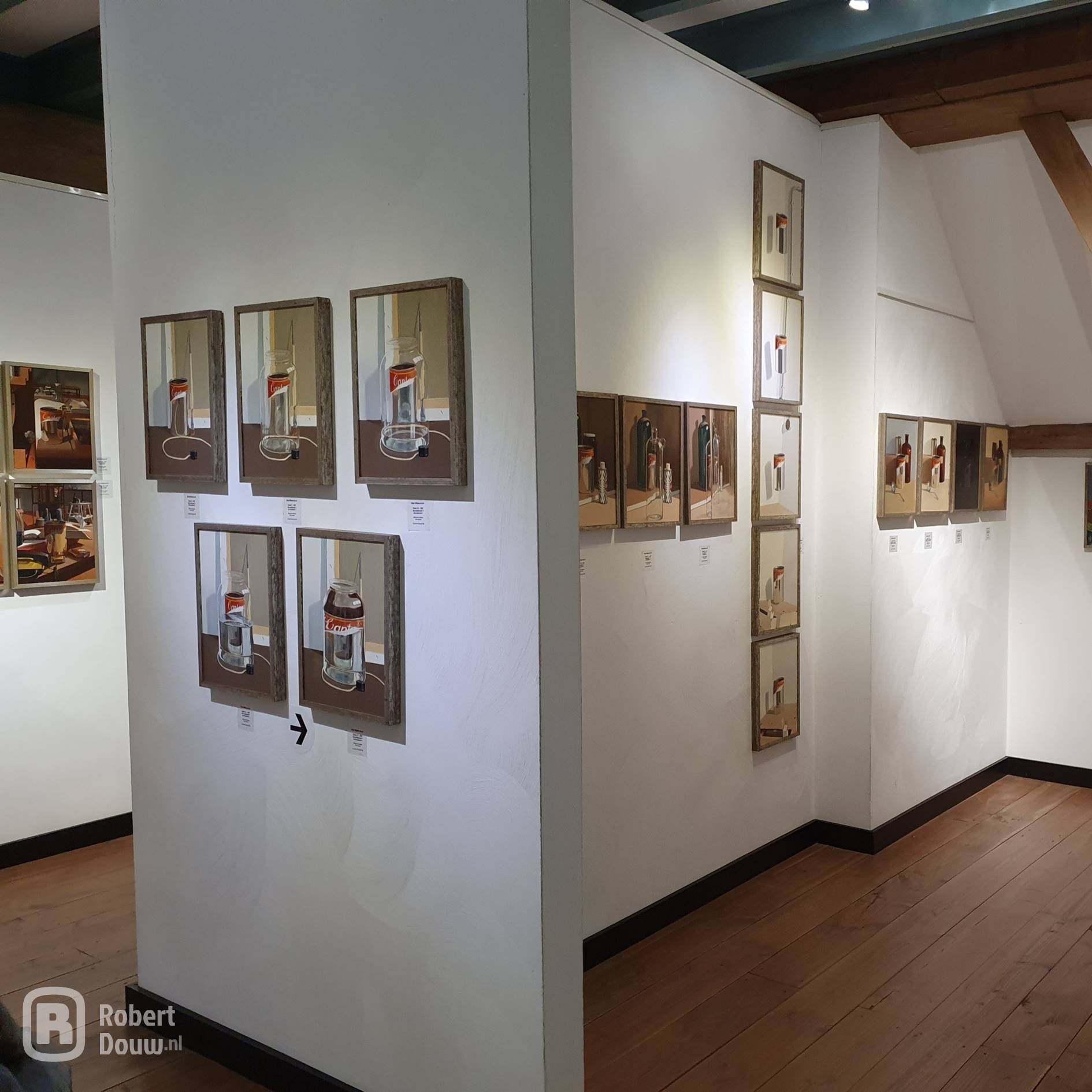 Canto, Campbell, concept art
My first association with the subject matter of the Canto tin was the well-known pop art work by Andy Warhol, with the Campbell's soup tin. Møhlmann writes in his book on the Canto Collection (Reflections on reality) that his cans are in a sense a reaction to that, so my association is not a far-fetched thought. Then, when I read the basic assumptions of the series (see purple text below), I thought more about conceptual art; just as Bas Jan Ader, for example, has made falling the theme, you can see the influence that the environment has on the appearance of the can and vice versa as the theme in the Canto Collection. Apart from that, the mere fact that Møhlmann has formulated basic assumptions gives the project something conceptual.

THE BASIC ASSUMPTIONS OF THE CANTO COLLECTION:

What is reality?
As with Har Sanders, among others, the series – for me, at least – also raises the question of what reality is, and whether there is a reality at all. The fact that Møhlmann chooses 'realism' as a style (by that I mean observation-based figurative representations that approach visible reality as closely as possible, but with the artist's own signature) only reinforces that idea. And then I read in the explanatory notes to Canto 85, The 85th Thesis (which attracts my attention as a Reformed boy in the first instance because of the reference to the 95 theses of Martin Luther), the question “What is truth?”. Once again I am on the same train of thought as my namesake. (Rob Møhlmann: 'Actually, my name is also Robert. Do you know what that name means?') 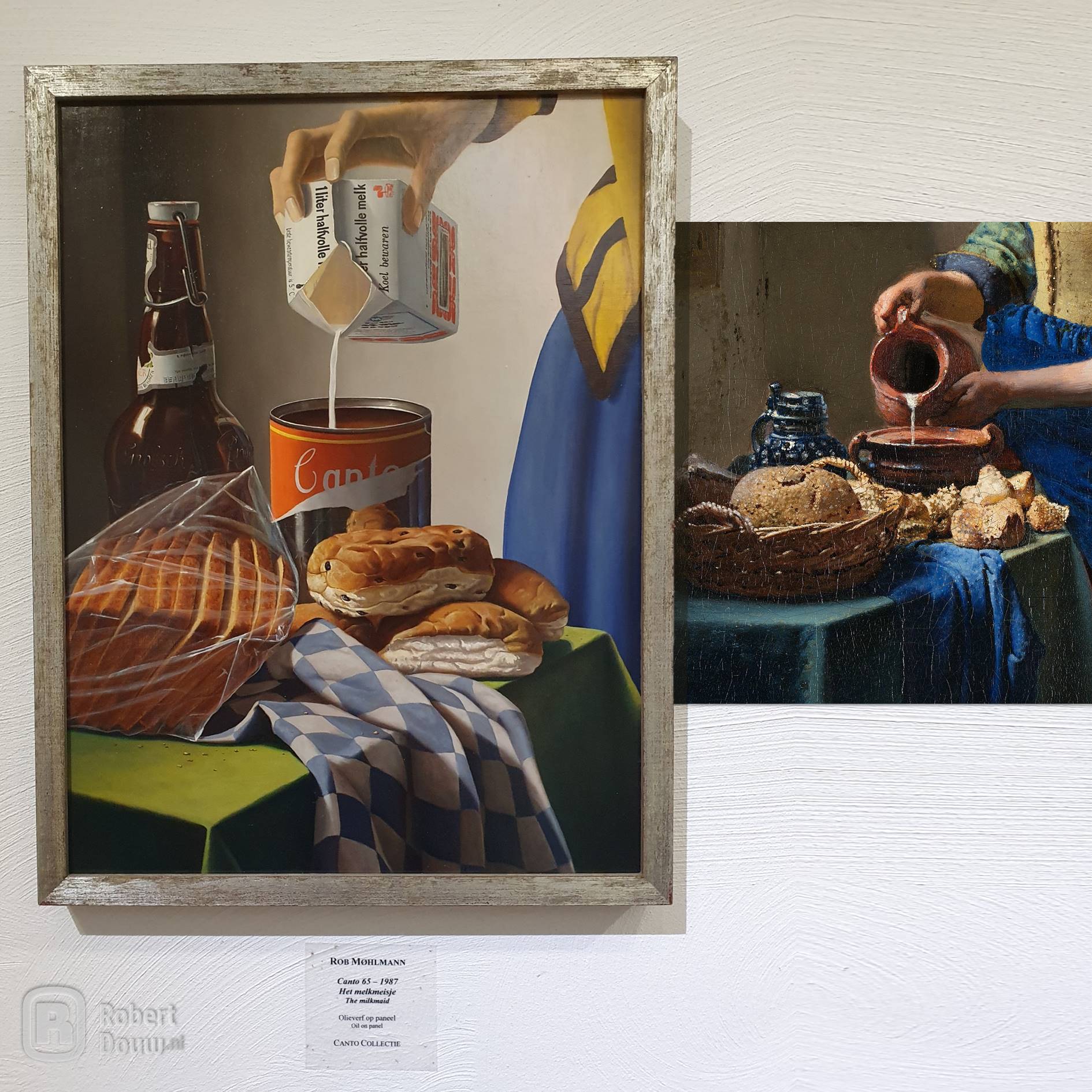 Infinite research
What makes the series even more interesting, is that Møhlmann gradually investigates different things, thus creating miniseries within the collection. You can see, as it were, how working on one painting evokes ideas for new compositions. I can vividly imagine how that would happen, especially when you're on your way with painting and observe the same can for the umpteenth time. "What would happen if I dropped the can? How should I represent that?' That the original plan of 10 paintings resulted in a collection of 124 canvases is significant to me in that regard. In fact, if he hadn't had to make other work to make ends meet, Rob Møhlmann would have happily continued painting the Canto can for years to come, he states in his book. That would have been very well possible, because of course there is an infinite number of possible configurations. Enough to consider Møhlmann's thesis proven. 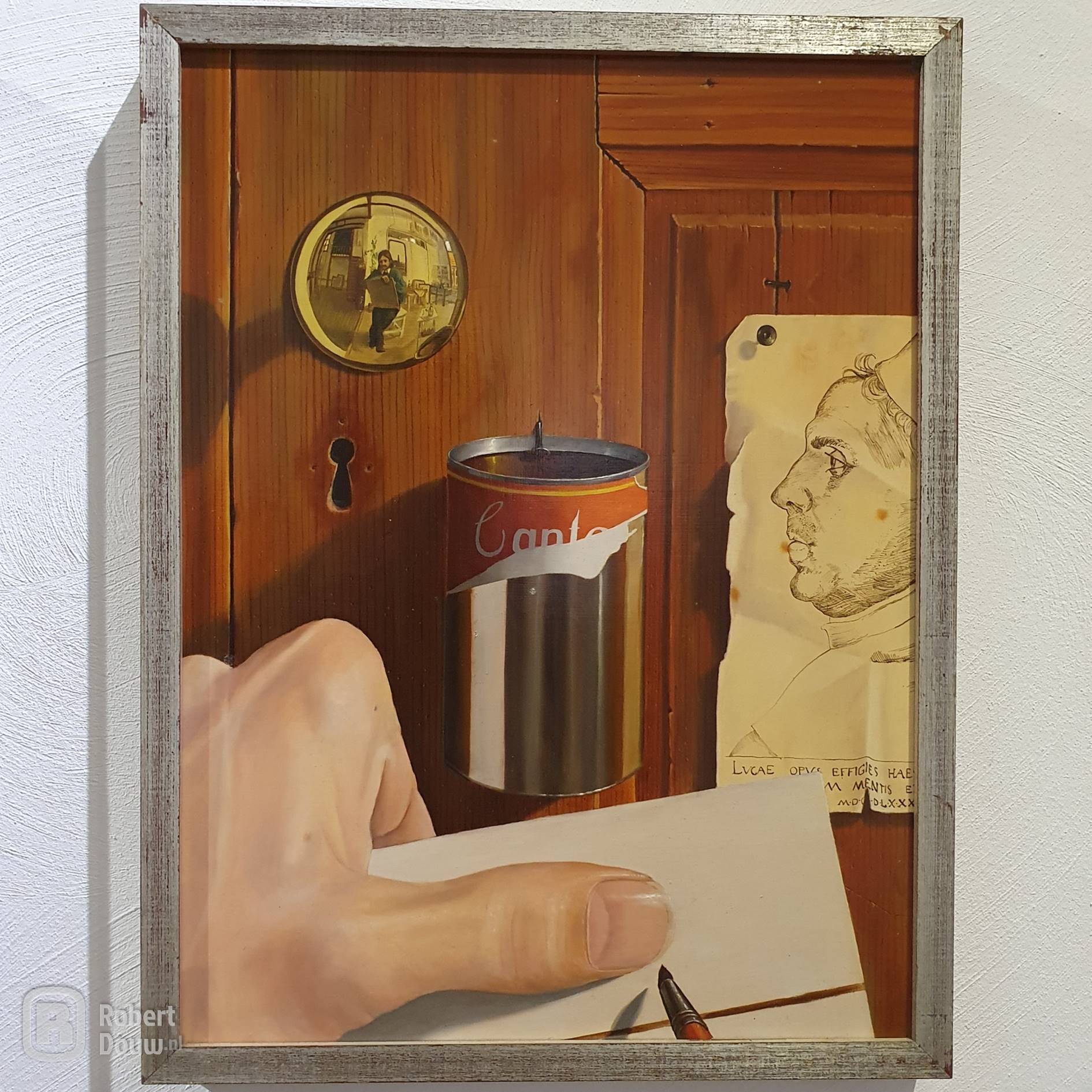 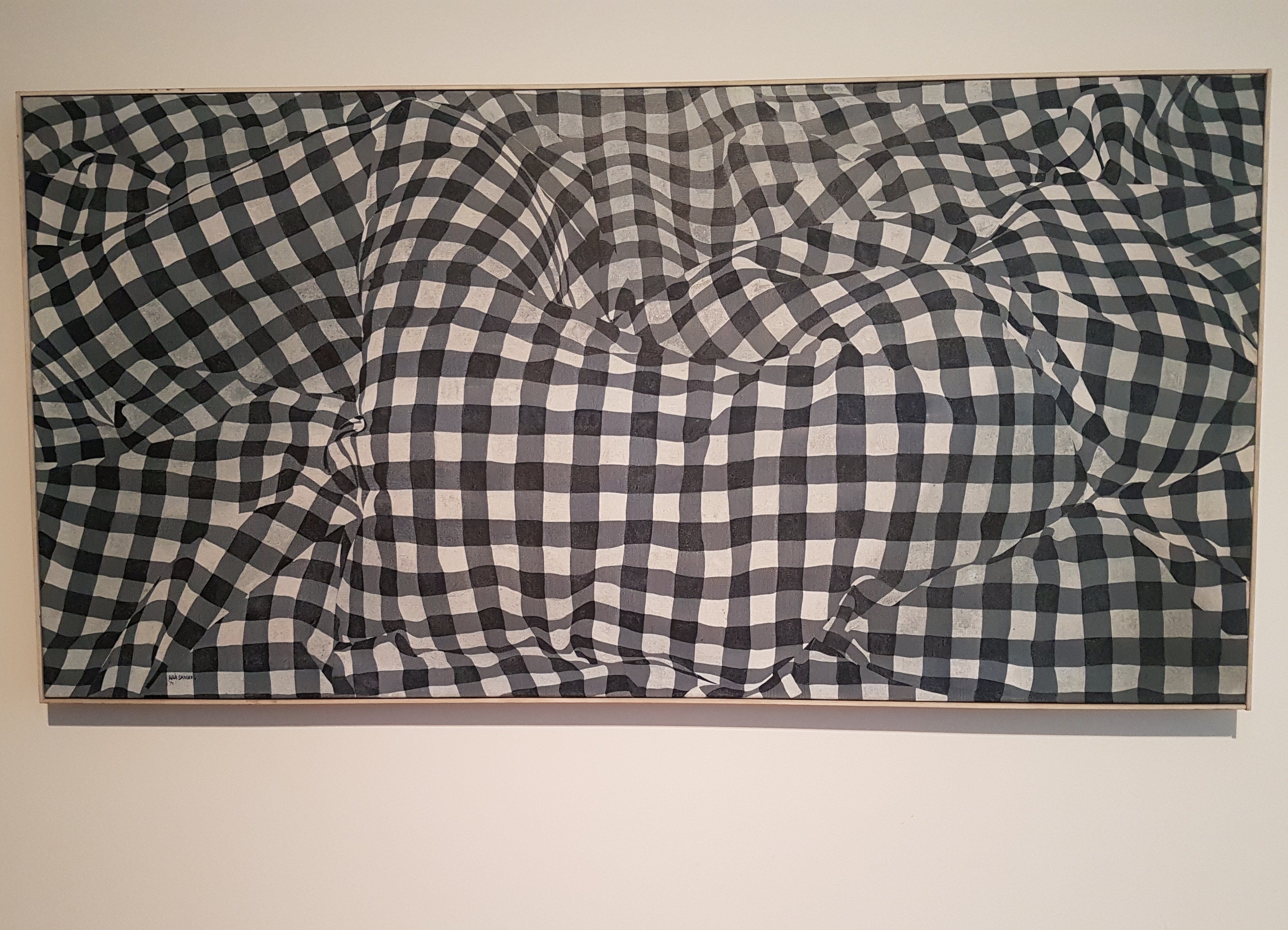 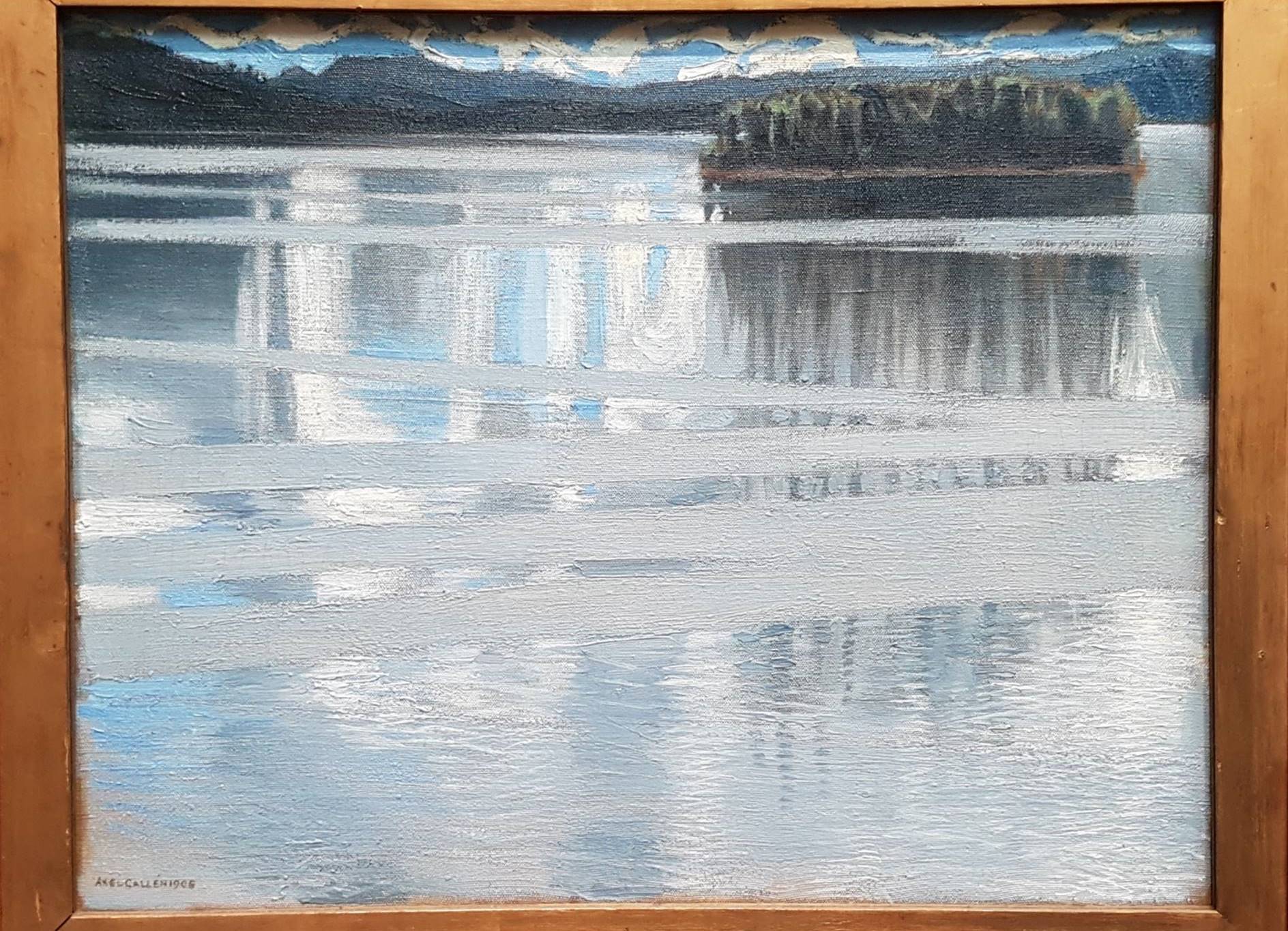 Click here for an overview of everything in the Visual Arts section.